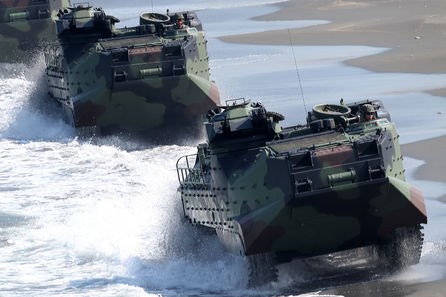 The United States government is expected to announce its new arms sale package to Taiwan worth US$1 billion (NT$32.5 billion) next month, reports said Thursday.

According to the Chinese-language Apple Daily, an undisclosed official revealed to the local press that the U.S. is also prepared to face strong objections from Beijing following the announcement.

The report quoted sources from Bloomberg View columnist Josh Rogin that U.S. President Barack Obama’s administration has yet to notify the United States Congress as to when it would be the appropriate time to make the announcement, citing its considerations for the upcoming elections in Taiwan and following the terrorist attacks on Paris.

The list of procurements from Taiwan includes: 12 AAV-7 assault amphibious vehicles, one Apache attack helicopter (to replace the one that crashed last year), FIM-92 Stinger, Javelin fire-and-forget anti-tank missiles, TOW, and among several others.

Sources also revealed that members of Congress already gave their approval on the arms sale, citing Democratic Party Senator Ben Cardin and Republican Party Senator John McCain as having written to President Obama last week to press him on the issue.

The Chinese military has been modernizing at a rapid pace, the senators noted. And although the Obama administration has sold about $12 billion worth of military equipment to Taiwan since coming to power, the last sale was over four years ago, which constitutes the longest gap between sales since the Taiwan Relations Act passed Congress in 1979, reports said.