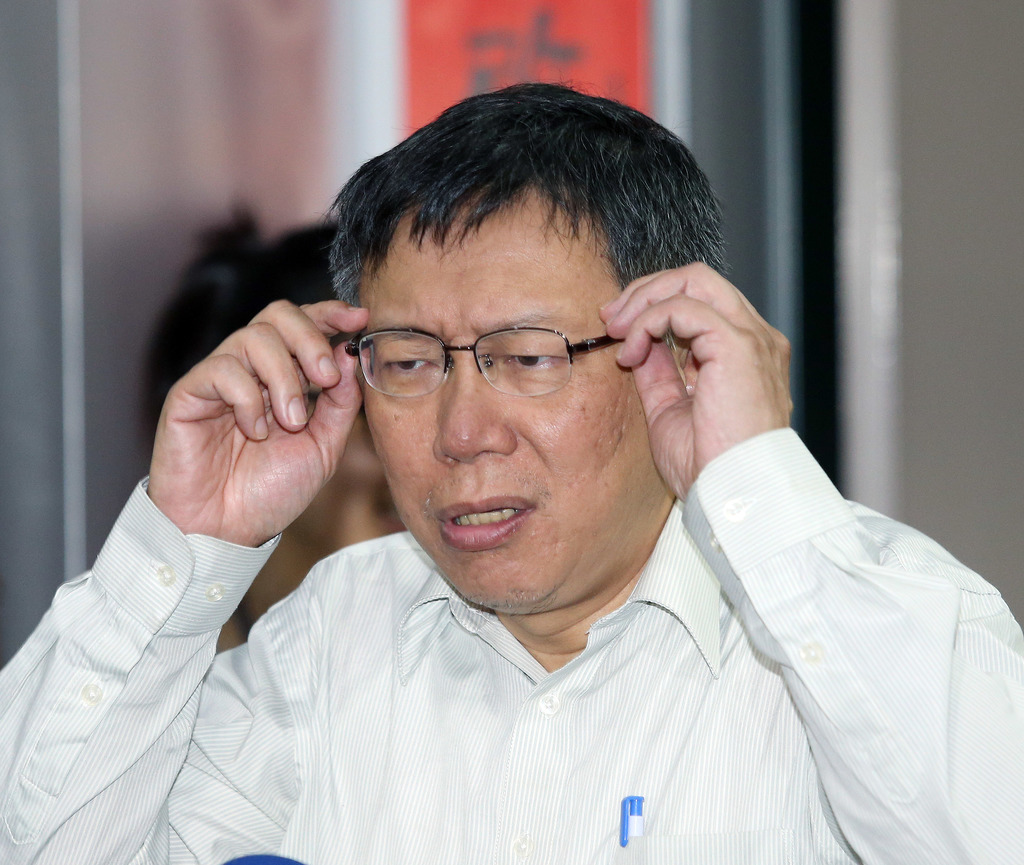 TAIPEI (Taiwan News) – A businessman will serve four months in prison for planting a bug at an office building used by independent Taipei City mayoral candidate Ko Wen-je last year, reports said Tuesday.
Ko won a landslide victory in the November 29 election despite allegations and counterallegations surrounding the incident.
The Taipei District Court sentenced plumbing business operator Lin Chun-yung to four months in jail for breach for trust. In addition, a charge of theft resulted in a sentence of 50 days detention suspended for two years if he paid NT$40,000 (US$1,228), reports said.
Since neither side was planning to file appeals, the sentence stood and Lin would spend four months in prison, reports said Tuesday. He had admitted his part in the case right from the start of the court proceedings, reports said.
Lin, 46, reportedly said that having to take care of two elderly parents and a son in high school motivated him to try and drum up more business by creating the false impression that eavesdropping was going on at the office building. His knowledge of relevant devices came from his period in the military, when he served at a communications unit at Army headquarters.
Two other suspects in the Ko eavesdropping case, a campaign aide and a private detective, were not charged.
Aides working at a policy office for the Ko campaign were the first to discover what they said where bugging devices known in the business as “mouse tails.” Coming close to the election, the allegations grew into a major bone of contention. Ko supporters alleged that the ruling Kuomintang, given its period in power under martial law, had most likely bugged the building.
The KMT shot back by charging that the Ko campaign had manufactured the incident in order to slander the ruling party.
In the end, the investigation uncovered Lin’s role to conclude that the affair was not politically motivated.