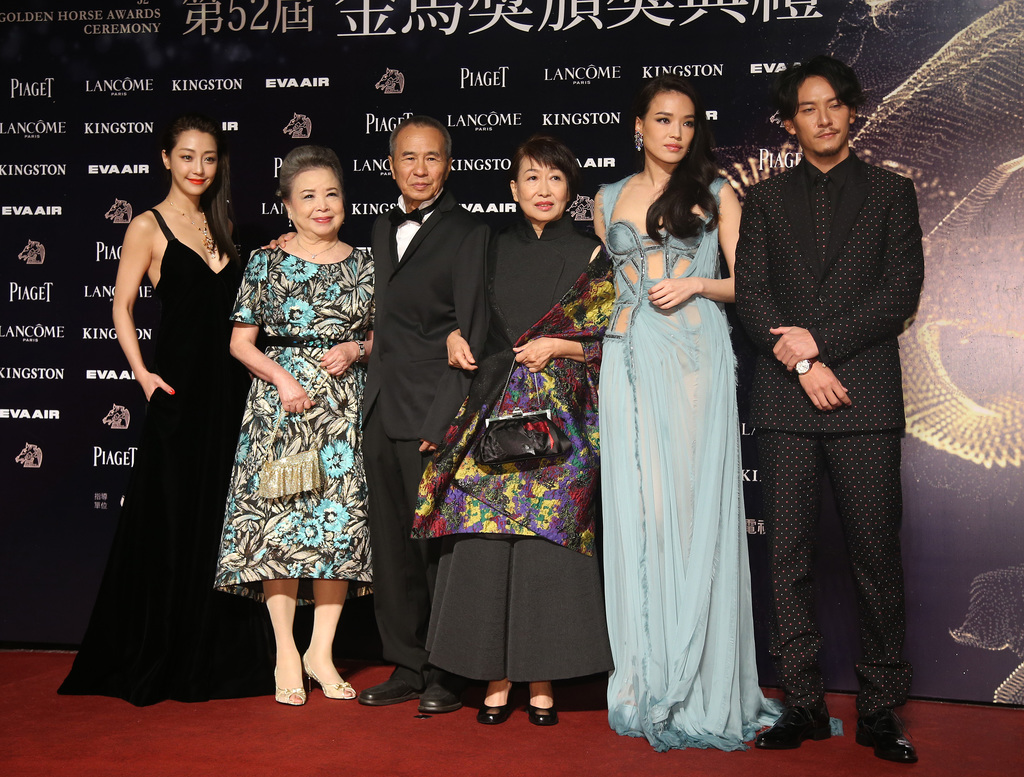 "The Assassin" went into the event with a leading 11 nominations, including best feature film. It is the eighth time that Hou has been nominated for the best director award and his third win.

He previously won the award in 1989 with "A City of Sadness" and in 1995 with "Good Men, Good Women." He was also named Outstanding Taiwanese Filmmaker of the Year at the Golden Horse Awards this year.

Judges praised Hou's craftship in "The Assassin," saying his "unique techniques have revitalized the genre of martial arts films." "Thank you judges of the Golden Horse Awards. I haven't won the best director award in a long time. I would like to thank my crew," said the 68-year-old director, who received the award from Oscar-winning director Ang Lee (??) and Taiwanese actress Shu Qi.

He said he had fun making his first martial arts film "The Assassin" and hopes to make more films set in the Tang Dynasty.

"I have read many Tang Dynasty novels when I was young. Now that I had the opportunity to start, I think I might continue," he said.

Set in ninth-century China, The Assassin" tells the story of a general's daughter -- Nie Yinniang -- who was trained by a nun since she was 10 to become an assassin. On one mission, Nie, played by Taiwan's Shu Qi, is sent to kill a governor whom she was promised to when she was young, and struggles with the choice of killing the man or not fulfilling her mission.

The film, which took eight years to complete, won Hou the best director award at the Cannes Film Festival in France in May, a feat that was achieved by only one other Taiwanese director -- Edward Yang.

Hou is a leading figure in Taiwan's "New Wave" cinema movement, which began in the 1980s. The movement is characterized by realistic and sympathetic portrayals of Taiwanese life -- a stark contrast to the kung-fu action movies and melodramas of earlier decades.

As a director, Hou is known for his long takes, minimal camera movements, and observant and realistic style. The recurring themes in his films are social upheaval and the breakdown of traditional family ties with the growth of urbanization.

One of his movies, "A City of Sadness," won the Golden Lion at the 1989 Venice Film Festival, the first Taiwanese film to do so. It tells the story of a family during Taiwan's White Terror era, a period of political persecution that lasted from 1949 to 1987. Hou also won the Jury Prize at the 1993 Cannes Film Festival with "The Puppetmaster," which features Taiwanese puppeteer Li Tian-lu.

Born in China's Guangdong Province in 1947, Hou and his family fled to Taiwan the following year during the Chinese civil war. Growing up in southern Taiwan, he was fascinated with films, often standing in front of cinemas and begging adults to take him inside to see a movie.

Hou began his film career in the 1970s as a script supervisor, assistant director and screenwriter for directors. He made his directorial debut with "Lovable You" in 1980 and has since directed more than 20 films.

In the mid-1980s, Hou began a long-lasting collaboration with Taiwanese novelist Chu Tien-wen, who wrote and adapted many of the screenplays for his films, including the acclaimed "A City of Sadness," "Flowers of Shanghai" and "Millennium Mambo."

In 2005, Hou was one of the recipients of Taiwan's National Award for Arts, the highest honor afforded to artists in Taiwan.

He is known for promoting film education and advocating for a better film environment in Taiwan. In 2002, he co-founded the Taiwan Film and Culture Association to promote film culture and train young filmmakers. Hou served as chairman of the Taipei Golden Horse Film Festival Executive Committee from 2009 to 2013.

In recent years, Hou has been talking about the challenges involved in finding funding for his films, which are often arthouse-oriented. Taiwan's film market is not big enough to support its filmmakers, he has said, urging the Taiwanese government and private sector to increase their funding to the local film industry.

"The Assassin" received half of its funding from China, Hou said, adding that he "had no choice" but to work with Chinese investors.

"It is not that easy to make films," he said in his acceptance speech at Cannes in May. "It is especially difficult to find the money to make films, so thank you very much."

In addition to being a voice for Taiwan's film sector, Hou is also an advocate for social issues such as the preservation of cultural heritage sites and better rights for migrant workers. (By Christie Chen)