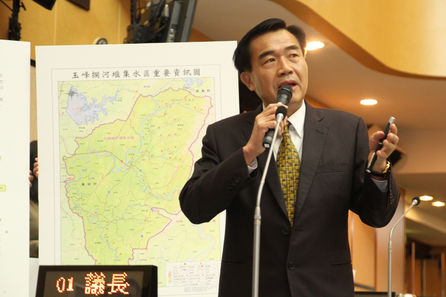 TAIPEI (Taiwan News) – The court case about allegations of vote-buying by Tainan City Council Speaker Lee Chuan-chiao has been moving forward after several delays, reports said Saturday.
The Kuomintang politician was accused of having bought votes both to win election to the council last November 29 and election as its speaker on December 15, but he has dismissed all allegations as totally unfounded.
Lee’s attorneys tried to slow down the trial which followed charges last April while the politician had to chair council meetings, but their latest tactic failed, according to reports by the Chinese-language Liberty Times.
They recently reportedly demanded to review notes related to 35 witnesses, defendants and even secret witnesses, but the Tainan District Court ruled that the file of only one person needed to be updated by prosecutors, reports said.
The move was interpreted as a setback for Lee’s attempts to draw out the court case.
The case about the speaker election saw eight people charged last April 2, including Lee, several members of the city council and other political operatives. The trial opened on May 12, but just one month later, the council went into session, allowing Lee and at least one of the other indicted politicians to invoke their right to stay at the council instead of attending court sessions, reports said.
There was a short period in late August when the city council held a summer recess, but that finished by August 28, the Liberty Times reported.
According to the report, the latest court decision indicates that it wants to move ahead with the case and reach a decision soon.
Earlier this year, Tainan City Mayor William Lai and the members of his administration boycotted city council sessions for several months in a protest against Lee’s alleged behavior.
Lai was eventually impeached by the Control Yuan for his boycott and reprimanded by a committee governing behavior by elected officials.