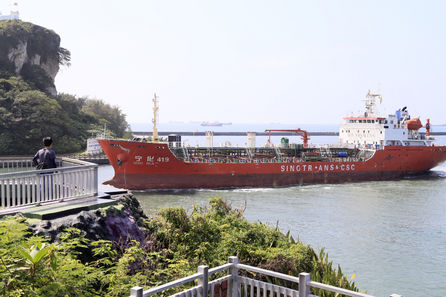 Taiwan's export orders were valued at US$42.55 billion in October, which is a decline of 5.3 percent from the same month of last year, according to statistics released Friday by the Ministry of Economic Affairs (MOEA). October marked the seventh consecutive drop in export orders, said the ministry.

On the bright side, the MOEA expects a higher demand during the Christmas season with the American and European markets entering the holiday season. The higher demand will help to increase order for the OEM assembly and related industrial sectors of Taiwan. The value of orders for information communication products reached US$14.32 billion in October, up 5.7 percent from the previous month and 11 percent from the same month of last year, which is the best out of all industries.

The MOEA attributed the growth to heated sales of handheld mobile devices under international brands and an increasing demand for wearable devices and servers. However, as uncertainty and instability continues to loom over the global economy, trade and consumption remains weak. The MOEA predicts that the growth in foreign orders will remain suppressed by an excessive panel and steel supply and low crude oil prices.

The value of orders from Japan fell 24.4 percent year-on-year, the largest decline among Taiwan's trade partners. Order value from China (including Hong Kong) fell 10.6 percent, while that from the Association of Southeast Asian Nations shed 10.4 percent, the MOEA statistics indicate.

Taiwan’s year-on-year (yoy) growth rate of seasonally unadjusted real GDP was 1.58% in 2015Q3, which makes it 1.11 percentage points lower than the prediction (0.10%) in August, according to the data released by the Directorate General of Budget, Accounting and Statistics (DGBAS) of Executive Yuan. The data shows that Taiwan’s economic performance reaches all time low for the past six years. At the same time, Oxford Economics pointed out that China’s international trade has fallen 4% in 2015Q3. Hence, it is not surprised for Taiwan’s economy ties closely to Chinese market. As the data published recently by Haver Analytics, the premier provider of time series data for the global strategy and research community, has stated, Taiwan and Singapore are the top two countries whose GDP depends on the performance of China’s economy.

As a new report by the Demand Institute stated, “China's productivity crisis — the result of both institutional deficiencies and a maturing economy — remains unaddressed. For these reasons, we believe China is facing a protracted period of declining growth that will be much longer and deeper than analysts may have predicted,” reported the Business Insider.

Although China is not the only contributor to Taiwan’s export data and economy, the “over-dependence” of Taiwan’s economy on China remains alarming.