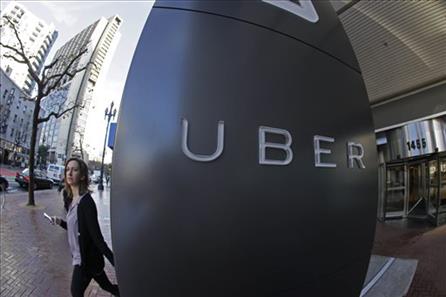 The Directorate General of Highways (DGH) will file for an appeal after the court overturned the ruling for fines imposed on Uber, a highly popular app-based taxi service launched in Taiwan since 2013, reports said Thursday.

The controversy originated after 461 tickets were issued by authorities against the company with total fines of NT$375.9 million, and ordered the company to cease operations. Disagreeing with the order, Uber decided to dispute the order in court.

Both the Ministry of Transportation and Communications (MOTC) and the highway directorate expressed shock when the court overruled the suit earlier this week citing the fines as “improper.”

Authorities say Uber has registered with the government as a company but has not declared itself as a transport business - a classification that the company refutes, claiming it is just a platform that connects drivers and passengers.

Despite the growing popularity of Uber's service around the world, its business model has since sparked controversies as their drivers currently operate without business license. As a result, the service has been banned in many countries.

Many of Uber's drivers provide taxi services on a part-time basis, and the Transportation Ministry believes the company is operating in the transportation industry despite its denial.

Besides Taiwan, the company is also facing legal challenges in the US state of California over how its drivers are classified.