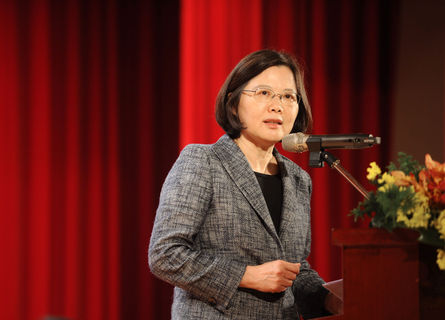 “We welcome Chinese tourists to Taiwan,” she remarked.

Tsai’s comments came amid growing concerns by tour bus operators that the number of Chinese tourists would be greatly reduced should Tsai and the DPP come to power after the presidential election in January.

During an activity gathering with the Taipei Tour Bus Association (TTBA) in the morning, Tsai pledged that a move to curb Chinese tourism to the island would not happen under a DPP government.

“Restrictions on the so-called ‘little three links’ were lifted under the DPP government, there is no doubt that we have always maintained a welcoming attitude towards Chinese tourism,” she said.

Regarding concerns that the party’s anti-China stance would hurt visitor arrivals from China, the DPP candidate assured tour bus operators that there was no reason to worry as they will not reduce the number of Chinese visitors.