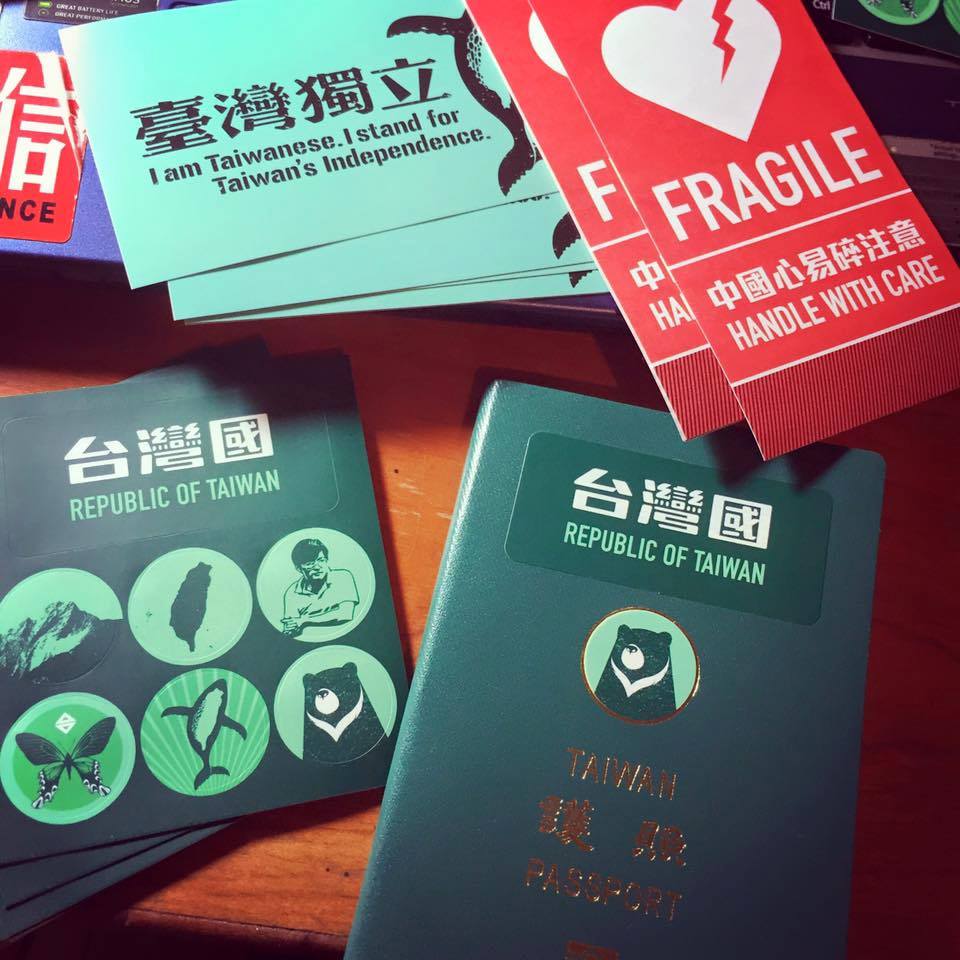 The Ministry of Foreign Affairs previously condemned the action of decorating passports with “the Republic of Taiwan” stickers. They said that it is illegal to put stickers on the passport but there are no laws to support this claim. However, the Ministry has recently added a drafted rule where “alteration of any kinds on the passport cover is forbidden”.

As Taiwanese identity rises, a new kind of national identity has formed. In face of China’s oppression on the international stage, more and more Taiwanese proclaim their nation’s sovereignty and take actions to express their national identity. The designer of the sticker Lao Dan said his intention to create the “Republic of Taiwan” sticker series is because he wants to advocate Taiwan identity abroad. “I did not want to change the passport appearance. The sticker is just for decoration and you can tell very easily it is a sticker. The sticker helps foreigners know we are Taiwanese; we come from Taiwan, not the People’s Republic of China. We are proud of our country. The sticker points out an irony in the ideology posed by the government of the Republic of China. Even our President Ma Ying-jeou did not dare to mention the Republic of China,” said Lao Dan. More than 250,000 people are currently using the sticker on their passports. They experienced zero difficulties when going through customs in more than 80 countries.

The debate over the sticker on the passport represents the difference between the national identity of the Kuomintang government and the young population. Since KMT retreated to Taiwan in 1949, they have force-fed the island’s residents that they are Chinese and mainland China is part of the Republic of China. However, in recent years, the upsurge of Taiwan national identity has uprooted the decades of implemented China-centric national identity.

The designer Lao Dan said the new drafted law targets the “Republic of Taiwan” sticker. The supporters of the sticker expressed their concern over the oppression of the people’s free will while other internet users teased the "efficiency" of the ruling party in affairs related to “the correctness of national ideology”.