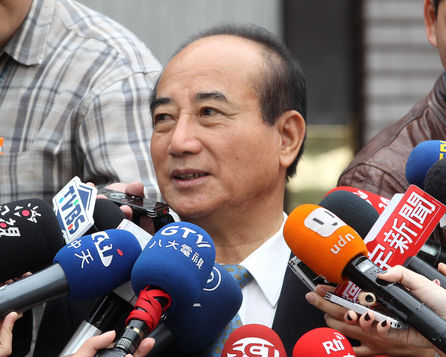 Legislative Speaker Wang Jin-pyng pointed out Monday that Kuomintang chairman and presidential candidate Eric Chu has his ideal choice of running mate, saying an announcement will be made in due course.

Commenting on speculations as to whether the KMT has reserved him a ‘safe seat’ on its legislator-at-large list, Wang said he doesn’t indulge in such rumors, adding that he will go with the flow as long as it’s in the best interest of the party.

Following the Democratic Progressive Party’s legislative at-large list announcement last week, and considering Chu’s return from the United States earlier in the morning, the local media has been speculating that the ruling KMT is also expected to make their public announcements sometime this week.

With regard to Chu’s running mate, the media have not identified any credible possibilities.

“I’m sure the chairman has his considerations,” Wang responded to reporters.

Registration for the January 16 presidential election runs from November 23 to 27, and candidates must register their running mates.

Asked if he had made any suggestions to Chu concerning his running mate, Wang said he had not.

"Chu will make the best possible choice on his own," he remarked.