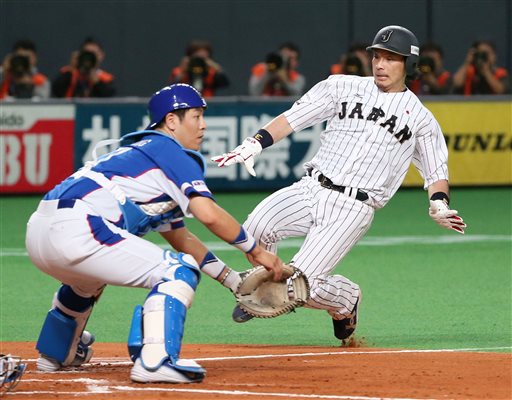 
TAIPEI, Taiwan (AP) — Sho Nakata drove in two runs in the eighth inning for Japan to beat the Dominican Republic 4-2 and remain unbeaten in Premier12 baseball on Thursday.

Nakata, who drove in five runs in the 6-5 win over Mexico on Wednesday, came through again with a clutch single down the third base line as top-ranked Japan improved is win-loss record to 3-0. The Dominican Republic is 0-3.

Cuba gave up five runs in the ninth inning but scored the winning run in the 10th to edge Puerto Rico 8-7.

Matt McBride drove in three runs as the United States beat Mexico 10-0 to improve to 2-1.

Canada moved to 3-0 with a 9-8 win over host Taiwan, and the Netherlands routed Italy 16-1 in a game called after seven innings under the mercy rule.