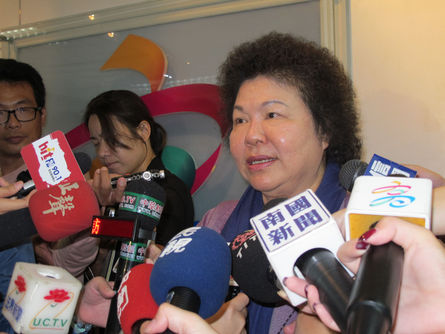 “Besides taking care of the city’s senior citizens, we can help turn these empty grounds into something meaningful,” Chu said.

During a question-and-answer session at the Kaohsiung City Council in the morning, Democratic Progressive Party Councilor Huang Shu-mei called on the government to aid in setting up new senior home communities as existing care centers have been overwhelmed by the city’s ageing population.

“Although majority of the elderly favor living at home and being taken care of by their children, the city still lacks sufficient facilities to look after the growing demand,” Huang said.

According to the city’s Social Affairs Bureau director Yao Yu-ching, there are currently an estimated 13,000 beds available in the city’s private and public care centers, while demands have since surpassed 20,000. “The figure excludes the 5,742 physically challenged individuals who are also awaiting assistance,” she said.

Huang pointed out that the city’s efforts put into elderly care is severely insufficient, questioning Chu over her negligence to carry out the central government’s 10-year plan to establish additional medical institutions and senior home communities and care centers across the nation.

“The government is already under a huge financial strain, but we are doing everything we can to help the city’s ageing population,” Chu said, adding that her administration is considering turning empty school campuses into retirement homes or day centers.

According to government statistics, only 14.5 percent of people aged 65 or above and in good health were living in homes for elderly people, while those who need care more often live in care centers.

Meanwhile, 45 percent of elderly people who are ill are checked in to public or private care centers by their families, reports said.