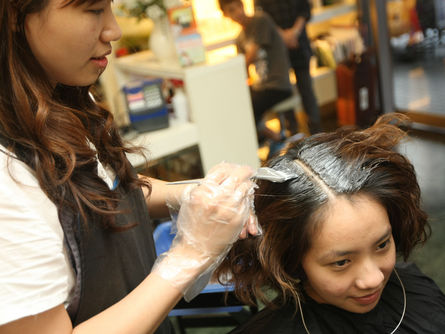 Estrogen to be banned in Taiwan

Shampoos or cosmetics that contain three kinds of estrogen – estradiol, estrone and ethinylestradiol – will be banned in Taiwan effective July next year, reports said Tuesday.

Linkou Chang Gung Memorial Hospital department of clinical toxicology director Yen Tsung-hai revealed that estrogen has recently been classified by the World Health Organization (WHO) as Grade I cancer-inducing agent.

“The public are advised to avoid the use of estrogen prior to the implementation of the new system,” he said.

The soon-to-be-imposed ban follows the footsteps of the European Union in which estrogen in cosmetics (including shampoo) has been found to cause endocrine disorders or cancer and environmental pollution, Taiwan’s Food and Drug Administration (FDA) said.

FDA official Yeh Meng-yi said estrogen has been linked to ovarian and endometrial cancers, while long-term exposure to the beauty products that contain such ingredient does raise the risk of feminization for boys and early puberty for girls.

The EU, Canada and ASEAN member countries have since prohibited the use of these ingredients in cosmetics, FDA data showed.

Since 1985, health authorities in Taiwan have issued 241 permits for estrogen use in cosmetic products, but set a limit of 200 international units (IU) on products for use on the head and 500IU on products for other parts of the body.

To date, over 200 products that still carry such ingredients include a variety of shampoos, facial creams and conditioners sold under the “566” brand, and those distributed by IBL Pharmaceutical Co., and among others.

Effective July 1 next year, all permits will be revoked and the ban will be imposed.

A fine of up to NT$150,000 will be imposed on suppliers who sell products that contain estrogen, and will be liable to one-year imprisonment, officials said.