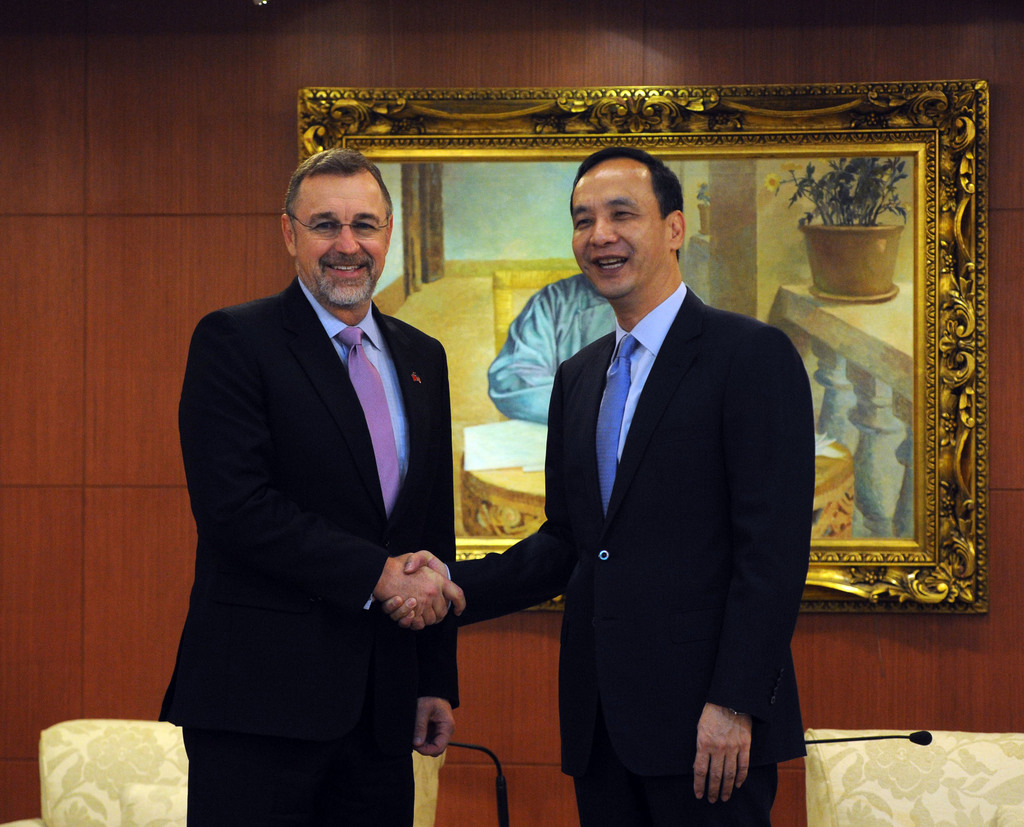 Chu leaves on US trip

TAIPEI (Taiwan News) – Kuomintang chairman and presidential candidate Eric Liluan Chu left Taiwan Tuesday evening for a weeklong tour of the United States which was expected to bring him into contact with senior government officials, politicians and academics.
The November 10-16 trip was organized after a special KMT congress on October 17 nominated him to replace Hung Hsiu-chu as the presidential candidate. Hung had never made it to the US, but earlier this year, opposition Democratic Progressive Party chairwoman and presidential candidate Tsai Ing-wen made a high-profile visit.
Asked about what kind of officials he would meet, Chu said Tuesday he would “see whom he had to see,” a common formula by Taiwanese leaders traveling overseas as they often worry about Chinese interference with their itinerary. Beijing opposes both present and former leaders, including Tsai and former President Lee Teng-hui, from meeting foreign office holders.
“No matter future Taiwan-US cooperation on economy and trade, cooperation on defense, cross-straits relations, they are all important topics,” Chu reportedly said.
Likely issues he will discuss with officials and politicians include bilateral and regional trade cooperation, military support and last week’s summit between President Ma Ying-jeou and Chinese leader Xi Jinping.
The KMT leader said he had spoken with Ma during the last two days about his travel to the US.
Chu said he would also meet with members of the Taiwanese community during his trip, which will take him to Los Angeles, Washington, D.C., New York and San Francisco.