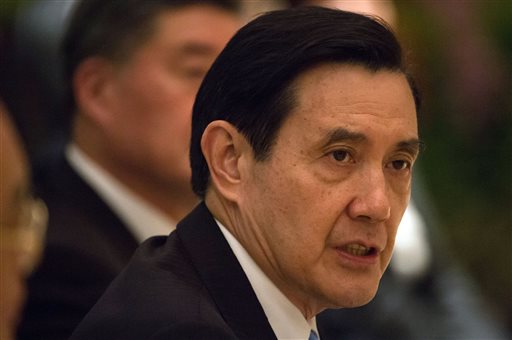 TAIPEI (Taiwan News) – Chinese leader Xi Jinping met the wrong person at the wrong time, and no handshake will win over the Taiwanese people’s sympathy, Time Magazine said in a report about last weekend’s summit with President Ma Ying-jeou.
The two leaders held a historic meeting in Singapore on Saturday, but international criticism focused on the event as a photo opportunity without much content.
“The handshake was long, 82 seconds, almost awkwardly so, and the smiles were stretched too, for the cameras,” Time’s Asia editor Zoher Abdoolcarim opened his report, available online Tuesday.
The writer described Ma as “a yesterday man,” referring to his poll ratings barely making double digits near the end of his final term. “A spotty economy during his tenure, infighting in a fragmenting KMT that lacks a coherent vision for Taiwan, and a broad slate of commercial agreements Ma reached with Beijing, have all conspired to hurt him,” Time wrote.
After the January 16 presidential and legislative elections, Ma “will be a cipher. Even some in his own party regard him as a loser,” according to Abdoolcarim. “The KMT may soon be a loser too,” he continued, describing polls putting Democratic Progressive Party presidential candidate far ahead of KMT Chairman Eric Liluan Chu.
Tsai is “bookish, informed and serious, yet with a sense of humor. She is moderating and rejuvenating her party; she wants Taiwan to diversify its economy and not just rely on China, wise given the mainland’s slowing growth,” Time wrote.
“Xi met the wrong guy at the wrong time,” according to Time, which adds his effort was not enough. “China says that it cares for Taiwan. Yet it rejects the island’s desire to create and control its own destiny.”
“One handshake, no matter how long, won’t do,” Abdoolcarim concluded his report about the Ma-Xi summit.