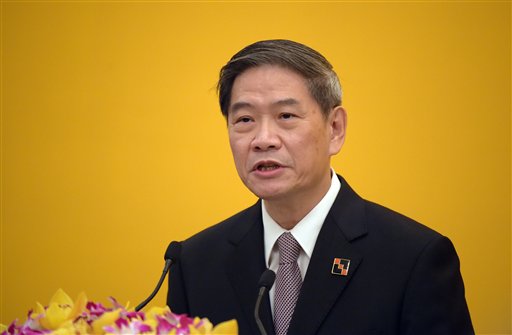 TAIPEI (Taiwan News) – Chinese President Xi Jinping expressed his radical opposition to Taiwan Independence during his historic meeting with President Ma Ying-jeou, according to comments by China’s Taiwan Affairs Office chief Zhang Zhijun at a news conference after the event.
The closed-door meeting between two delegations at Singapore’s Shangri-La Hotel took about one hour.
According to Zhang, Xi expressed his radical opposition to Taiwan Independence during the summit, while he also called on all Taiwanese political parties to stand by the “1992 Consensus,” which the opposition Democratic Progressive Party rejects.
In addition, Xi also mentioned well-known views about the continuation of cross-straits cooperation, but also mentioned that Mainland China and Taiwan both belonged to the same China and were not separate nations, a view diametrically opposed to those held by the DPP, which is likely to return to power after elections next January.
Xi reportedly said Taiwan was welcome to cooperate with Chinese-led policies, including economic and trade cooperation with Central Asia and the formation of a regional investment bank, reports said.
While most of Xi’s views as expressed by Zhang were hardly new, they at first sight did not include any new ideas or proposals likely to incite enthusiasm on the Taiwanese side of the Straits.