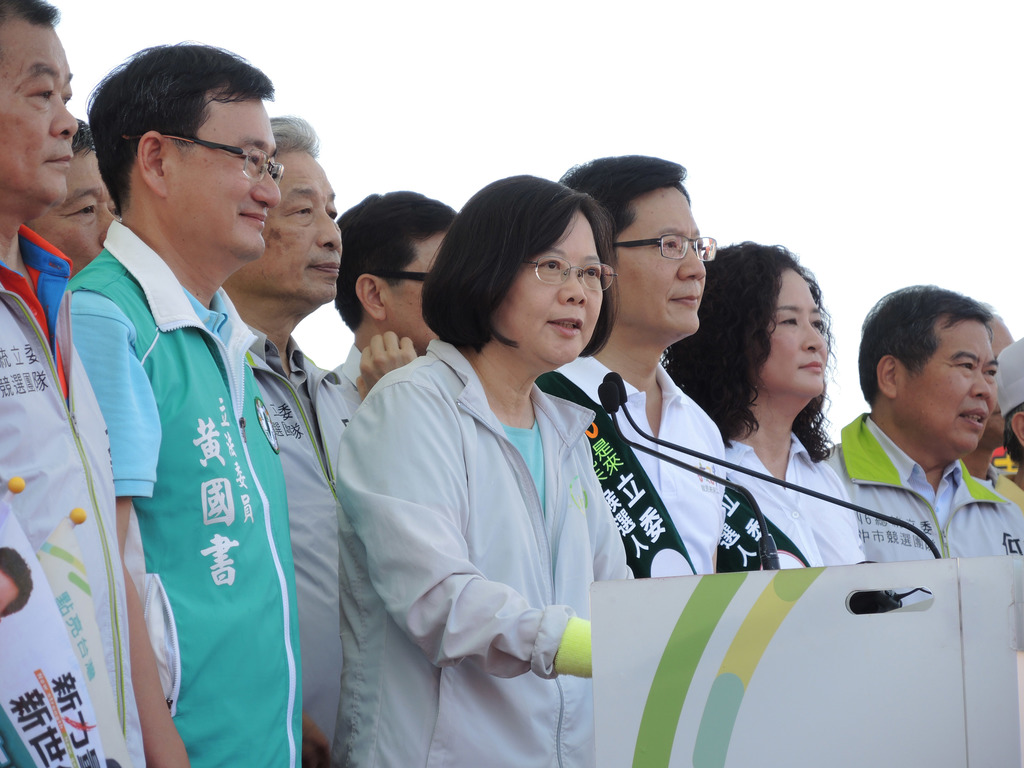 TAIPEI (Taiwan News) – It depends on several elements whether the summit between President Ma Ying-jeou and Chinese leader Xi Jinping will be called a historic event or a news event, Democratic Progressive Party presidential candidate Tsai Ing-wen said Saturday as the two leaders prepared to meet in Singapore.
Before Ma and Xi met at 3 p.m. for the unprecedented event, Tsai gave her views on the summit during a visit to Taichung.
If the meeting succeeded in maintaining Taiwan’s current status as a free democracy, did not set any political conditions, and kept a level of equality and mutual respect, then one could speak of a historic event and not just of a news event, the opposition leader said.
If Ma and Xi only met because they had never met before, then the event could not be called historic at all, she said.
The two leaders needed to give history a major turn in the right direction which would benefit both sides of the Taiwan Straits, only then would the term “historic” fit to describe the meeting, according to Tsai.
The leaders needed to emphasize that the people of Taiwan had the right to choose their own future and that there was such a thing as democratic values, in other words, they needed to respect the status quo, Tsai said. There was also no need to set political conditions in order to seek stability and peace in the Taiwan Straits, she added.
Only when those conditions are met, will the summit be recognized as a new start in cross-straits relations which will meet the expectations of the global community, according to Tsai.
The DPP has been warning Ma against making promises which will have to be kept by future presidents. The opposition has also accused the government of not being transparent enough, as it only announced the summit a few days earlier.
There have been sporadic protests against the Ma-Xi meeting, with a few Taiwanese activists detained in Singapore and a few others refused entry. In Taiwan, protesters entered the Legislative Yuan compound for a while and tried to intrude into a military installation.