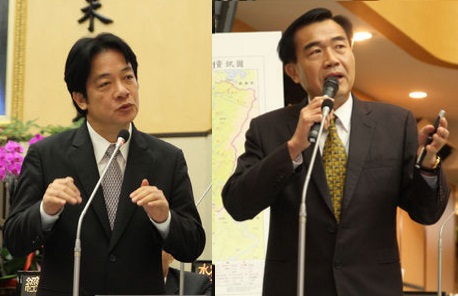 TAIPEI (Taiwan News) – Tainan City Council Speaker Lee Chuan-chiao will not be indicted for vote-buying in the speaker election, the Tainan District Prosecutors Office said Friday, despite months of allegations and of political struggle with Mayor William Lai.
Lee had been targeted for investigations into alleged vote-buying, both in the November 29 city council elections and in the December 25 election, when newly elected councilors voted for a speaker and vice speaker.
Prosecutors said Friday there was no evidence to suggest that Lee paid council members off to vote for him in the speaker election. His victory had surprised public opinion, because he was a Kuomintang candidate facing a majority of Democratic Progressive Party councilors.
The original allegation said that he had used a former lawmaker, Lee Ho-shun, to pay at least four city councilors during their trip to Xiamen in China last December.
The Ministry of Justice reportedly contacted the local judiciary in the communist country, which found out that Lee and the others had not opened accounts in the Chinese provinces of Fujian or Guangdong as originally suspected. The prosecutors in Tainan also failed to find any evidence of abnormal financial transactions related to the suspects, reports said.
Another three councilors were also suspected of having accepted payments from Lee Chuan-chiao, but apart from the fact that they boarded the same flight back from Japan last December, there was no evidence of any illegalities either, prosecutors said.
As a result, the Tainan District Prosecutors Office announced Friday that it was closing its investigation due to the absence of conclusive evidence.
The controversy over the vote-buying allegations led to Tainan’s DPP mayor boycotting sessions of the city council for several months. He said he was defending the values of democracy and clean politics, while refusing to face a speaker who was at the center of corruption allegations.
As an outbreak of dengue fever threatened Tainan, he changed course and returned to the council with his administration members.
The Control Yuan also impeached him over his council boycott, referring him to a disciplinary committee which gave him a reprimand. Lai might have faced dismissal as mayor, even though he argued the government watchdogs were targeting the wrong man, and should have tackled Lee instead of him.