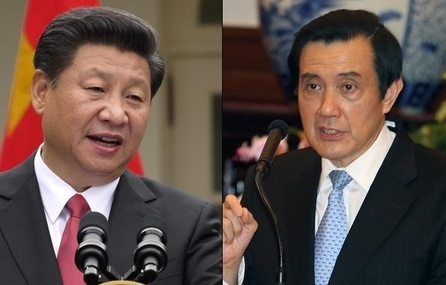 Opinion: Ma digs his own grave

Provided that there are no mishaps, President Ma Ying-jeou will get what he wants – a meeting with Chinese President Xi Jinping at the Shangri-La Hotel in Singapore this coming Saturday. Not only will Ma make history, he is bound to drag the Kuomintang down to demise and into oblivion.

For the past seven years, Ma’s self-centeredness and egoistic ways have put the nation and its people struggling to make ends meet, whose well-being are being jeopardized as they fair the worst economic turmoil since Ma’s tenure in office. In hindsight, he’d rather forego the dignity and respect of the people by kowtowing to the Chinese.

To those familiar with international affairs and cross-strait relations, Ma’s premeditated trip to Singapore is nothing but another of his shoddy deals with Beijing, and a so-called “black-box” process conducted under the table.

To add further irony, Ma was simply “called upon” by Xi to chaperon the commemoration of the 25-year diplomatic relations between China and Singapore, an event which has nothing to do with Taiwan. Put simply, Ma was steered by the nose as Xi “gracefully” spared some time on the sidelines to meet him, contrary to what the former had said that the exclusive meeting had been in the works for two years.

Another undignified move by Ma was that he accepted to carry out the meeting under the basis of the so-called “One China” framework, as proclaimed by Beijing.

In retrospect, rather than gaining the consensus of its people, Ma would rather write his own history by falling into Xi’s lap, let alone safeguard his already low-slung support rating of 9 percent. Instead of being remembered as a charismatic, capable leader who worked for his people, rest assured that history will not speak Ma's name for centuries to come.