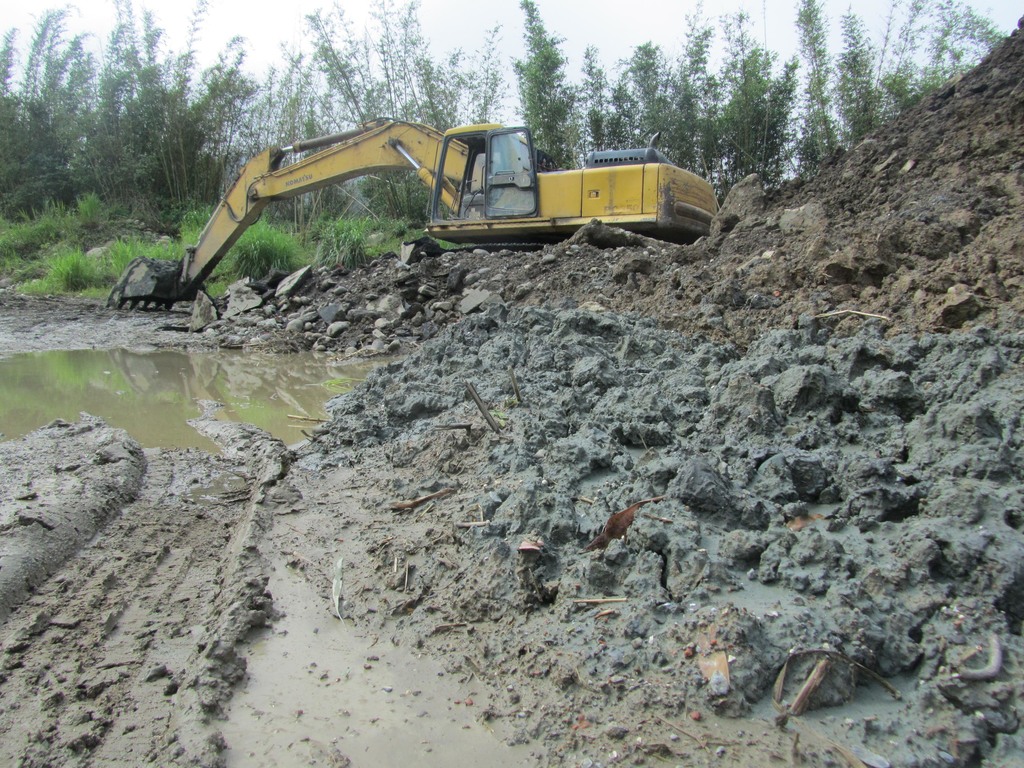 Environmental awareness is thrown out of the window when money and profit are involved. Keelung District Prosecutors Office has been investigating a bribery case where the police officers of Jinshan Precinct in New Taipei City are alleged to receive bribery from a soil waste management company.

Keelung District Prosecutors Office has discovered that in August 2014, Lin’s soil waste management company has been dumping waste in the farmlands located at the Jinshan District, New Taipei City. The farmlands are closed to a preserved wetland for rare birds such as a lost Siberian White Crane. The investigators have found evidences suggesting that 4 police officers were involved in the matter. Two police officers are now in custody because of allegedly accepting bribery.

The management of soil waste is a serious issue for companies trying to find a loophole in order to lower their cost. At Qingshui District, Taichung, the residents of Haibinli village were infuriated by certain company’s careless and inconsiderate waste dumping in early November. The waste which contains waste incinerator bottom ash and other intoxicated chemicals has polluted the farmlands and the region’s environment. The Environmental Protection Administration is currently investigating into the waste companies’ violation of environmental law but the farmers’ harvests are already in ruins.