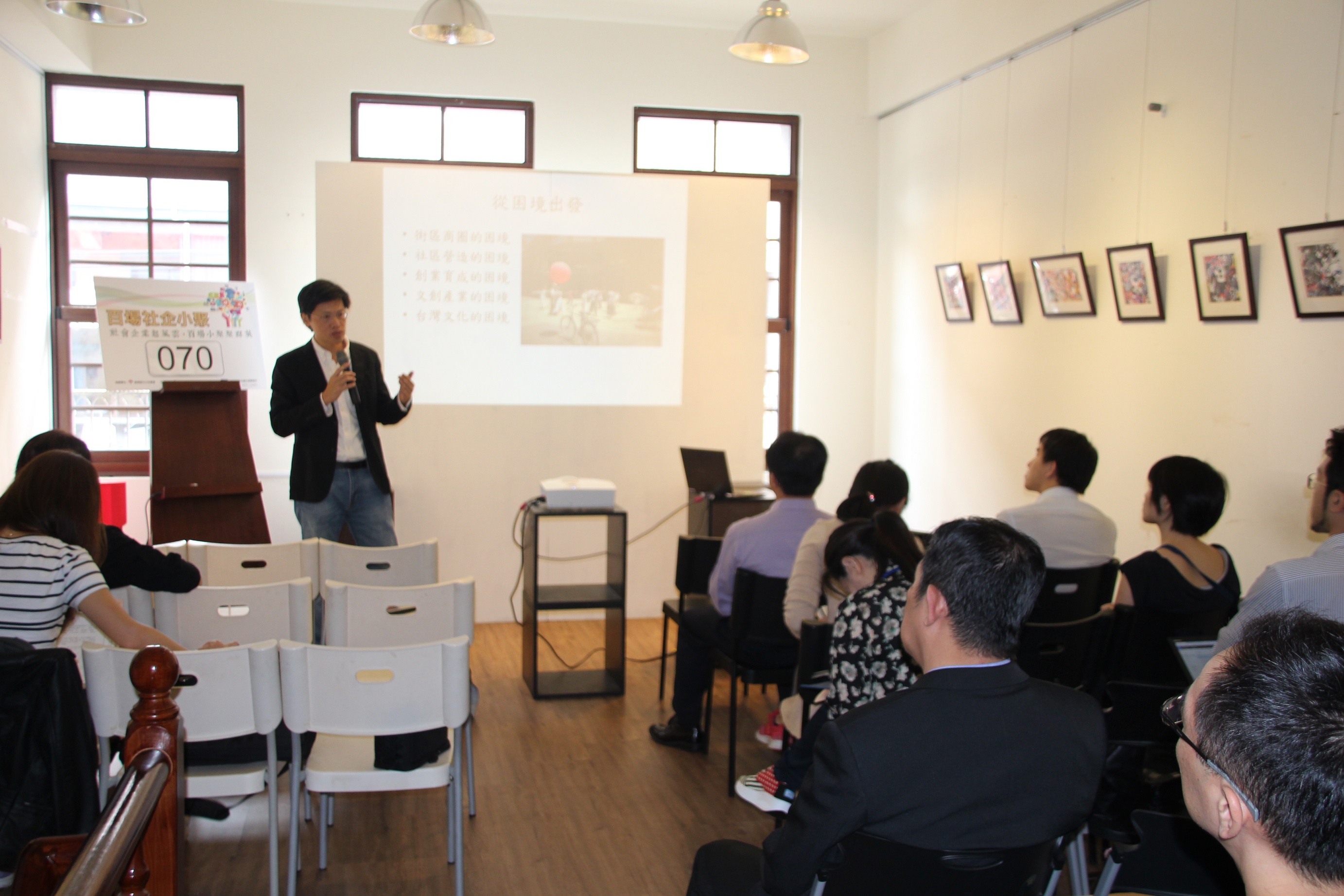 The Small & Medium Enterprise Administration (SMEA) of the Ministry of Economic Affairs (MOEA) hosted a press activity Wednesday to introduce the ongoing efforts in which its existing Project for Social Enterprises Action Plan has been successfully carried out in Taipei’s Dadaocheng area in Datong District.

“The government is in continuous pursuit of creating a friendly environment for social enterprises,” Lin Jyh-cheng said, director of SMEA’s Policy Planning Division.

Social enterprises, organizations that seek to be financially successful while creating social and/or environmental impact, have long been prevalent in Europe and the United States. However, the practice of social enterprising has only been introduced to the island seven years ago.

As a historical landmark known for its early 19th-century trading port in downtown Taipei, Dadaocheng was chosen as a carving stone to help social enterprises set foot in the area, where the primary objective of the program was to create domestic employment and environmental consciousness.

Under the initiative, NT$161 million (US$5.3 million) in funds will be channeled toward incubating 100 social enterprises and assisting at least 50 attend international forums over three years.

“We currently have over 80 companies enlisted as social enterprises in the country,” Lin said, noting that the figure is expected to exceed over 100 by 2016.

According to the MOEA, the plan will adopt four major strategies — adjusting laws and regulations, building platforms, providing financing, and advocating incubation — to achieve the objectives of providing a friendly environment for social enterprise development, establishing social enterprise networks and platforms, and strengthening their operating structures.

“To date, there are no existing laws that stipulate specifically to social enterprises,” Chung Hung-suo said, assistant manager at KPMG, an audit firm that provides tax and advisory services based in Taiwan.

In response, Lin said competent agencies are continuing to re-examine and adjust relevant laws and regulations, and as such both the government and private sector can work hand in hand to foster a friendly environment for the development of social enterprises.

Jou Yu-cheng, a longtime political activist and founder of the Sedai Group, frequently crosses Taipei City to explore the streets and alleyways of Dadaocheng.

“Politically, culturally and historically, the area is extremely meaningful to this country,” Jou said, adding that it is important for Taipei’s residents to create spaces that serve as incubators for arts and culture, preserving the past by allowing members of different generations to meet and exchange stories.

“Our goal is not to turn Dadaocheng into a burgeoning tourist ground where people simply drop by for the local souvenirs, but instead a place where young thinkers can come to exchange their thoughts and opinions about arts, philosophy, or history.”

The Wednesday activity included a tour of Dadaocheng’s scenic old streets, including visits to several of the area’s startup social enterprises.