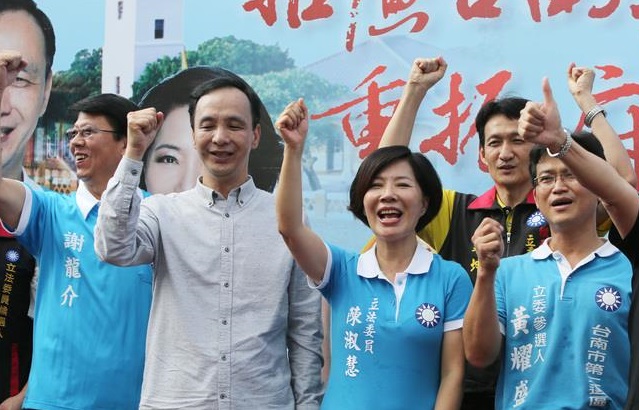 Chu’s comments came during a campaign trip to Tainan in the morning, where he stood to support KMT’s local legislative candidates in the city’s five electoral districts, including Huang Rei-kuen, Huang Yiao-shen, Hsieh Lung-chieh, Chen Shu-hui, and Lin Yi-huang.

“Maintaining cross-strait peace has always an important aspect of the 1992 Consensus,” Chu said, adding that he hopes the two sides can continue to promote mutual collaboration in the foreseeable future.

He went on to explain that the Ma-Xi meeting should be seen as a cornerstone for peace and stability across the region.

“We hope to end cross-strait hostility,” Chu said, calling on both sides of the strait to create a win-win situation that benefits the people.

The presidential candidate however expressed his regret over the Democratic Progressive Party’s criticisms of the Ma-Xi meeting, who slammed the KMT for staging a “black box” process with the Chinese leader.

“The opposing party shouldn’t be using this as a pretext to chant Taiwan independence and labeling the meeting as a ‘sell-out’ of Taiwan,” he said.

The meeting in Singapore will be the first between top leaders of the two sides since the Chinese civil war ended in 1949.