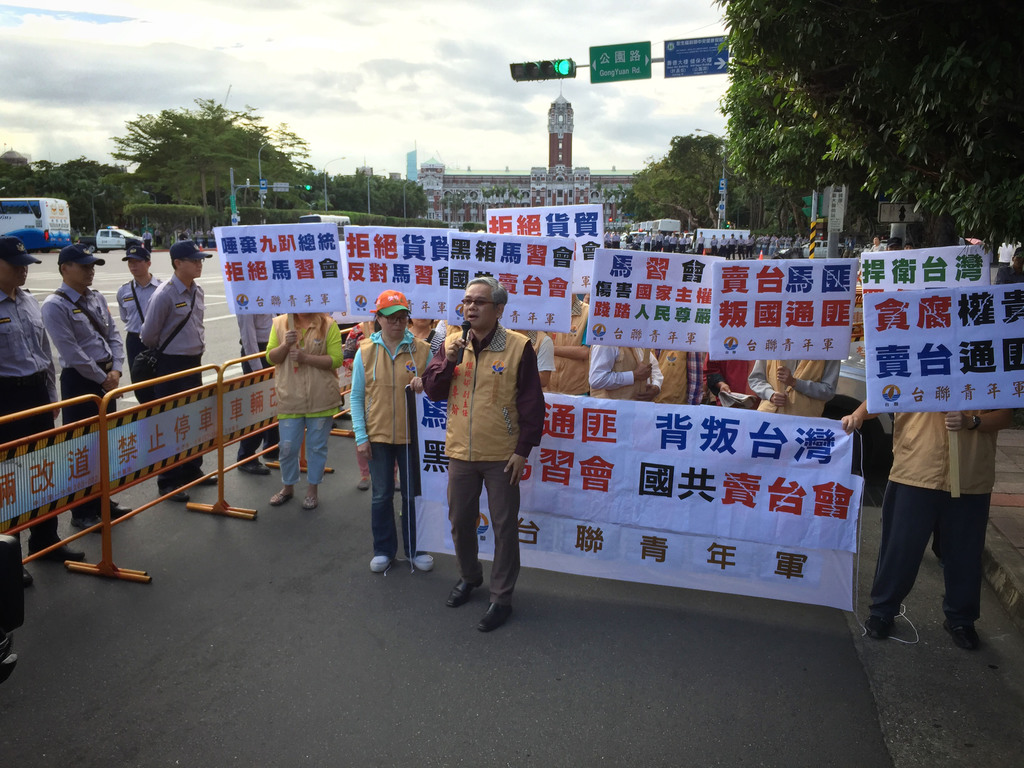 TAIPEI (Taiwan News) – Taiwan Solidarity Union legislators left a meeting with government officials about the summit between President Ma Ying-jeou and Chinese leader Xi Jinping while party supporters allegedly threw smoke bombs outside the Presidential Office, reports said Wednesday.
The overnight announcement of the Ma-Xi summit, scheduled for Saturday in Singapore, has triggered condemnation from opposition parties.
When Premier Mao Chi-kuo visited the Legislative Yuan for the second time Wednesday, in the company of Mainland Affairs Council Minister Andrew Hsia, the three TSU lawmakers left the meeting after eight minutes, allegedly in protest against the absence of Presidential Secretary-General Tseng Yung-chuan. He reportedly arrived later, after the TSU had already left.
Hsia told the legislators inside that the meeting between Ma and Xi at the Shangri-La Hotel in Singapore at 3 p.m. Saturday would not include political negotiations or the signing of any agreements.
About ten young supporters of the TSU appeared on Ketagalan Boulevard, the wide tree-lined avenue leading to the Presidential Office Building, Wednesday afternoon to protest against the summit.
Placards and banners accused the president of selling out Taiwan and of having conducted a secretive “black box” process before news of the Singapore meeting leaked out the previous night.
Some of the TSU protesters reportedly threw smoke bombs, causing pink smoke to cover the boulevard. Five people were taken to a police station for questioning, reports said.