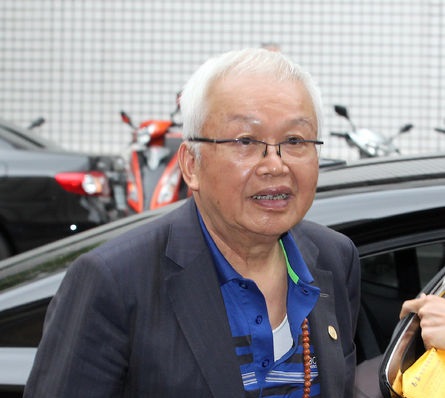 TAIPEI (Taiwan News) – Former Kuomintang financial manager Liu Tai-ying will likely spend another three years in prison following a decision by the Supreme Court Wednesday.
When President Lee Teng-hui served as chairman of the KMT in the 1990s, Liu was considered to be the party’s top official in charge of its finances and of its substantial business interests.
Liu, 78, was sentenced to his latest prison term in August 2014, and the Supreme Court announced Wednesday morning it had rejected his appeal.
Lee was accused but later found not guilty of having used NT$250 million (US$7.7 million) in secret national security funds to set up the Taiwan Research Institute, a think tank closely associated with the former president.
Lee was indicted for misuse of funds in 2011, but the judges said there was no evidence to show the former president had handled the money or even instructed others to use it for the institute.
Lee was found not guilty last year, but Liu was sentenced for taking travelers checks worth a total of US$150,000 (NT$4.8 million).
Liu already spent almost three years in prison between 2008 and 2011 for other cases related to breach of trust, political donations and stockmarket issues. He was also in trouble with tax arrears and fines totaling NT$120 million (US$3.7 million), reports said.