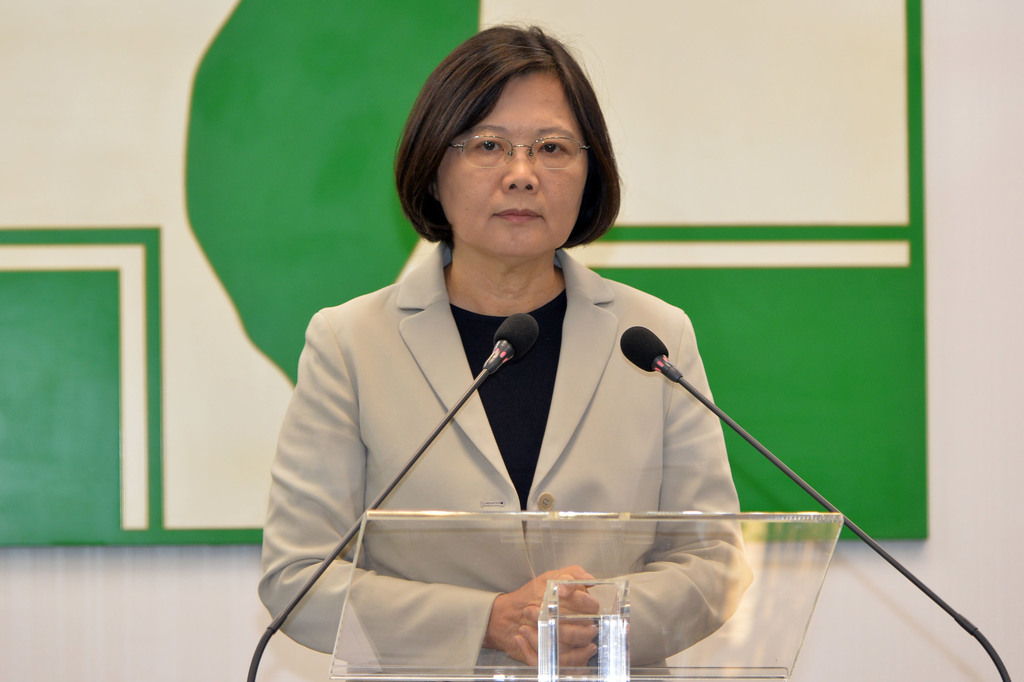 TAIPEI (Taiwan News) – Democratic Progressive Party Chairwoman Tsai Ing-wen on Wednesday slammed the news of a summit between President Ma Ying-jeou and China’s President Xi Jinping, accusing the former of having planned everything in secret.
Ma will travel to Singapore Saturday for the first-ever meeting between the presidents of Taiwan and China since 1949, even though both men will address each other as “Mister.” The overnight announcement provoked widespread interest as well as protests from the Taiwanese opposition.
The talks between Ma and Xi should respect the equal level between the two, remain transparent, and stay away from political topics, Tsai said at a news conference Wednesday afternoon.
“The public was only informed by the Ma-Xi meeting in such a hurried fashion, this is harmful to Taiwan’s democratic politics,” Tsai said, accusing the president of conducting the process as if in “a black box,” the usual phrase used when accusing the government of doing something in secret without transparency and without letting the public know.
For the sake of his political reputation, he is putting Taiwan’s future in a frame, Tsai said, reflecting fears that at the end of his eight years in power, Ma will still agree with Xi on issues which might put the island’s sovereignty and independence at risk. He should not make promises about a future which he has no say over, Tsai cautioned.
The opposition presidential candidate also voiced the suspicion that political motives played a role in the timing of the event. Ma’s Kuomintang is widely predicted to lose the January 16 presidential and legislative elections to the DPP, with opinion polls showing Tsai leading KMT Chairman Eric Liluan Chu by as much as 25 percent.
Leaders of smaller opposition parties gathered outside the Legislative Yuan Wednesday morning, accusing Ma of using Taiwan as his personal bargaining chip.
“Relations between China and Taiwan cannot just be decided by Ma, (so) Ma Ying-jeou should not conduct political negotiations,” the Green Party Taiwan wrote online, calling for the cancellation of the cross-straits summit.
The president is scheduled to explain his plans at an international news conference in Taipei Thursday morning. The meeting with Xi will take place on Saturday afternoon and be followed by separate news conferences and by a dinner.