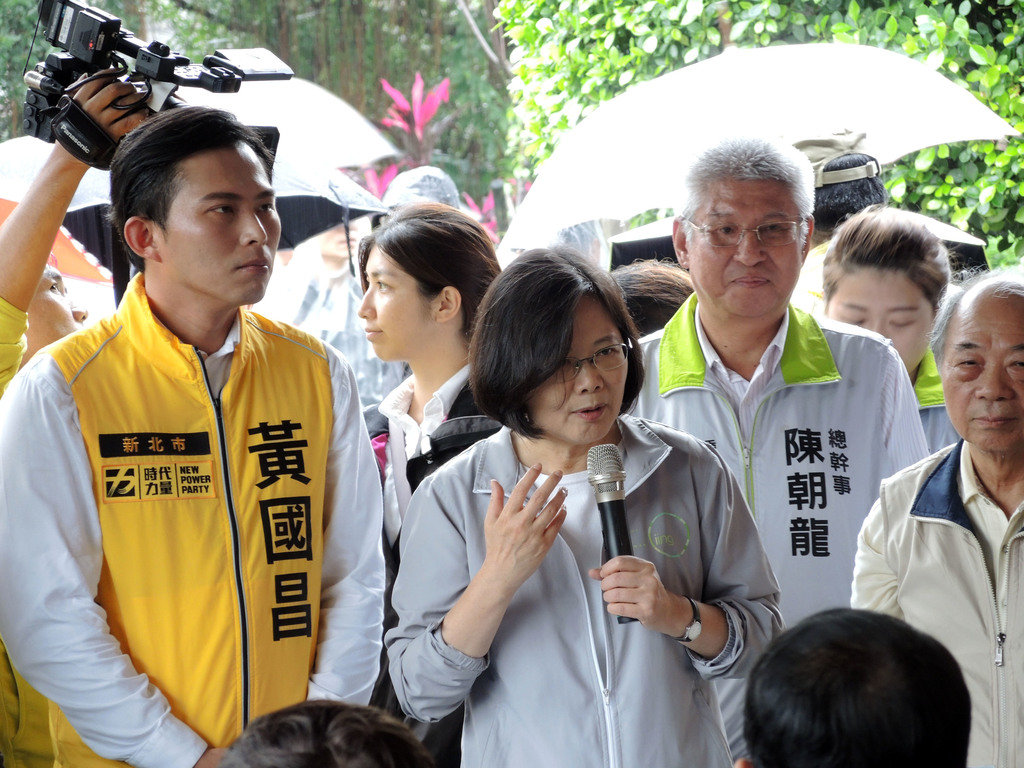 TAIPEI (Taiwan News) – Democratic Progressive Party presidential candidate Tsai Ing-wen on Tuesday warned the Kuomintang government not to harm Taiwan’s democracy by using any means possible to win the January 16 elections.
With only about 70 days left until polling day for a new president and for the Legislative Yuan, Tsai has managed to stay the frontrunner in opinion polls despite the KMT changing candidates last October 17, naming its chairman Eric Liluan Chu as its new contender.
Tsai said she had to remind the ruling camp that under the present situation, it should not use any means possible to provoke change which would harm Taiwan’s democracy and the national interest.
She specifically singled out the KMT’s advantages as the ruling party, allowing it to benefit from state resources during the campaign.
The opposition leader added that most recent opinion polls showed the DPP in a stable situation for both types of election on January 16. While Tsai has been leading the field for the presidential vote for at least a year, observers predict that the DPP and its allies could also win a majority at the 113-seat Legislative Yuan for the first time ever. Even when the DPP’s Chen Shui-bian served as president from 2000 to 2008, the party never controlled the Legislature, leading to many conflicts and a failure to push government policies through.
As the election approaches, candidates like Tsai have also been increasingly asked by reporters about their choices of running mates and of candidates for the legislative at-large lists.
Tsai said Tuesday that the latter for the DPP would include representatives of social movements and non-governmental organizations, which would strengthen ties between society and government.