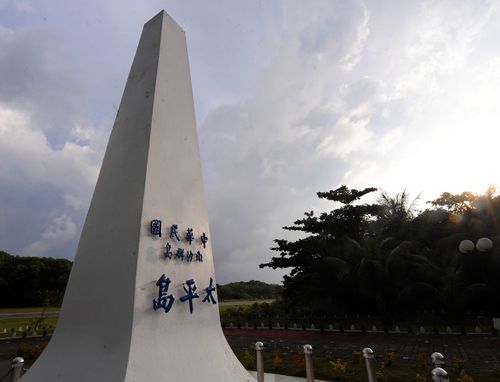 The Executive Yuan said Monday that it will take all necessary steps to defend the Republic of China's sovereignty and maritime rights over its territorial islands in the South China Sea.

The Cabinet's statement was Taiwan's latest response to a ruling by the Permanent Court of Arbitration in the Netherlands last week that it has jurisdiction to hear a Philippines complaint against China.

In the complaint, the Philippines argued that China's "nine-dashed line" territorial claim over South China Sea waters is unlawful under the United Nations Convention on the Law of the Sea.

The case could be relevant to Taiwan, known officially as the Republic of China, because it also claims sovereignty over the South China Sea as China based on a similar line to China's nine-dashed line. While the ROC is not a party to the court case, and the Philippines did not mention Taiwan-controlled Taiping Island in the Spratlys, the Cabinet said it did not expect any decision on the islet when the court of arbitration makes substantive rulings.

As of now, the Cabinet added, the court has not "downgraded" Taiping Island to a "reef," as some people have said.

It said that under the UN Convention on the Law of the Sea, an inhabitable island can claim the territorial waters, continental shelf and exclusive economic zone around it.

As Taiping Island is the largest of the Spratly islands and is capable of maintaining human habitation and economic life, it certainly can claim its exclusive economic zone and continental shelf, said the Executive Yuan.

Earlier Monday, a Chinese official said the two sides of the Taiwan Strait have the responsibility and obligation to jointly uphold "the country's" territorial sovereignty and maritime interests.

Taiwan reiterated that it did not recognize or accept a ruling by the international arbitration panel that it could hear the case brought by the Philippines against China over disputed territory in the South China Sea.

It said that from the perspective of history, geography, and international law, the Nansha (Spratly) Islands, Xisha (Paracel) Islands, Zhongsha Islands (Macclesfield Bank), and Dongsha (Pratas) Islands in the region, as well as their surrounding waters, "are an inherent part of Republic of China territory and waters."

Taiping Island is the largest (about 0.5 square km) of the Spratly Islands. It began to be garrisoned by ROC forces in 1956.

Taiwan's coast guard took over the task of defending the island in 2000.