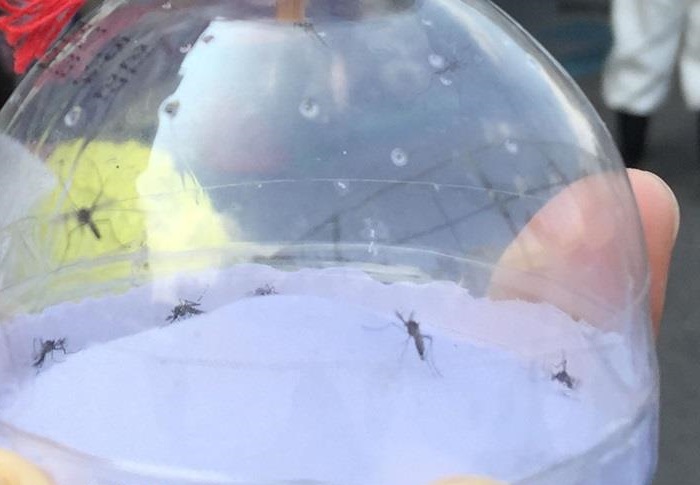 An employee working at the Taipei City government has been confirmed to have contracted dengue fever, reports said Monday.

A female public servant aged 31, who had visited Kaohsiung’s Xiaoliuchiu island between November 16 and 18, succumbed to fever four days after returning to Taipei. She was later admitted to a local hospital last Thursday as her symptoms failed to show signs of improvement.

The Taipei City government has called on health authorities to begin spraying pesticides on all three floors of its office building later in the evening to contain further spread of the mosquito-borne disease.

The case on Monday was the second indigenous dengue fever accounted in Taipei from Kaohsiung, according to the city’s health department.

To date, the city has seen 64 reported cases of dengue contractions since the beginning of summer, of which 54 were infected after having traveled to other municipalities and countries, it said.

According to health authorities, the victim has since checked out of hospital in the morning after receiving full recovery.

The city government will begin disinfecting all three office floors at 9 p.m. as the victim had returned to work for four days prior to her hospital admittance.

Those having made contacts with the patient are being observed for signs of illnesses related to dengue, reports said.