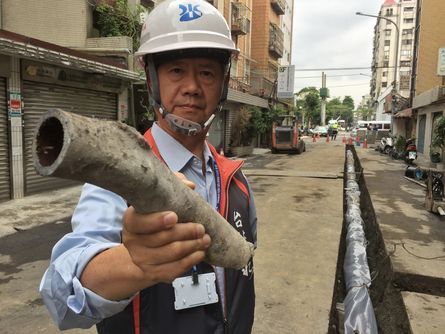 The New Taipei City government will provide free blood tests for infants aged six or below and pregnant women who may have been exposed to lead from water pipes that were installed decades ago, the city's Department of Health said Sunday.

Those affected are entitled to seek tests in the four designated Public Health Centers in Sanchong, Zhonghe, Yonghe, and Xindian, where there are estimated 10,066 households still fed water through small-diameter lead pipes, reports said.

Besides Taipei City, the Taipei Water Department currently serves water to the districts of Zhonghe, Yonghe, Xindian, and Sanchong in New Taipei, and to part of Xizhi District.

Health authorities are also looking for support from the city government to allow residents in the greater Taipei area to seek tests in six Taipei City Hospitals.

Beginning Monday, members of affected households can register online or by phone to schedule their blood tests, which will be carried out from November 9 to 30, the department said.

In order to facilitate convenience, the New Taipei government has opened three Wednesday evenings from 5:30 p.m. to 9 p.m. on the 11th, 18th and 25th for working parents to take the test during after-office hours.

The results will come two weeks after blood samples are taken, whereby those showing more than 5 micrograms of lead content per 100 cubic centimeter of blood can seek further medical attention with support from the government.