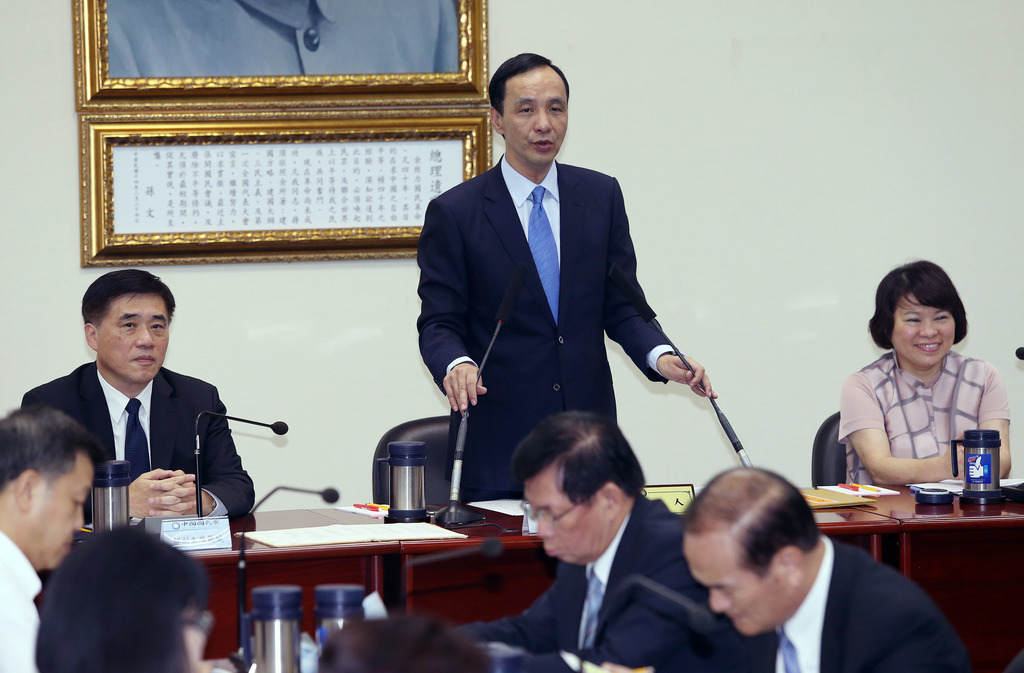 TAIPEI (Taiwan News) – Kuomintang chairman and presidential candidate Eric Liluan Chu on Wednesday presented plans for legislative reform, including a more neutral speaker.
Chu, who is waging a tough campaign for the January 16 presidential and legislative elections, has previously emphasized he would like to see Taiwan move toward a Cabinet system with fewer powers for the president.
Meetings of the Legislative Yuan should become more effective, negotiations more transparent, and the speaker should be impartial, he told the regular weekly meeting of the KMT’s Central Standing Committee Wednesday.
Chu repeated a promise that if he won the election, he would present a “State of the Nation” address to the Legislative Yuan each year.
He slammed the opposition Democratic Progressive Party for using boycotts and occupations to prevent the passage of important legislation, saying its behavior damaged the body’s effectiveness.
More transparence was also required for negotiations between the various caucuses in order to avoid backroom or “black box” deals, he added.
All three objectives should be supported by all incumbent and prospective KMT lawmakers, he said.
At the same time, Wednesday’s CSC meeting also saw the presentation of a proposal to drop term limits on legislative candidates, a move seen as favoring incumbent Legislative Speaker Wang Jin-pyng. According to existing KMT rules, he could not run for election on the party’s at-large list but should instead go and run for direct election in a constituency seat. Many of his supporters have described this rule as lacking respect for the veteran politician, who has been speaker for about 16 years.
DPP Chairwoman Tsai Ing-wen has been leading nearly all opinion polls for the presidential election, but her party could for the first time also win a majority in the 113-seat Legislative Yuan. Some observers say that Wang’s presence on the list of at-large candidates could help the KMT prevent a DPP majority.