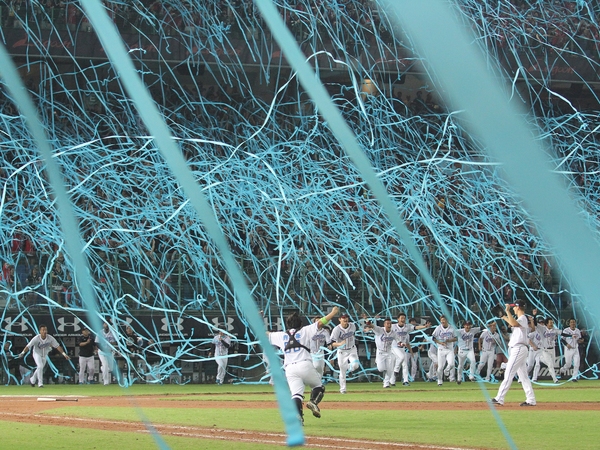 It was the first no-hitter in the history of league's championship series since it began in 1990.

Sunday's was the ninth championship series that had pulled into Game 7 to produce the season's champion.

Lamigo Monkeys, which won the first game in the series, suffered a consecutive three defeats in the hands of Brother Elephants. In the critical fifth game, Wang Yi-cheng pitched a complete game to earn the Monkeys a chance of surviving and coming from behind to win the title.

The total audience in this year's championship series -- 122,127 that included Sunday's 20,000 that packed the Taoyuan stadium -- helped the league rake in a record high ticket sales of over NT$100 million US$ (3.1 million), according to CPBL statistics.