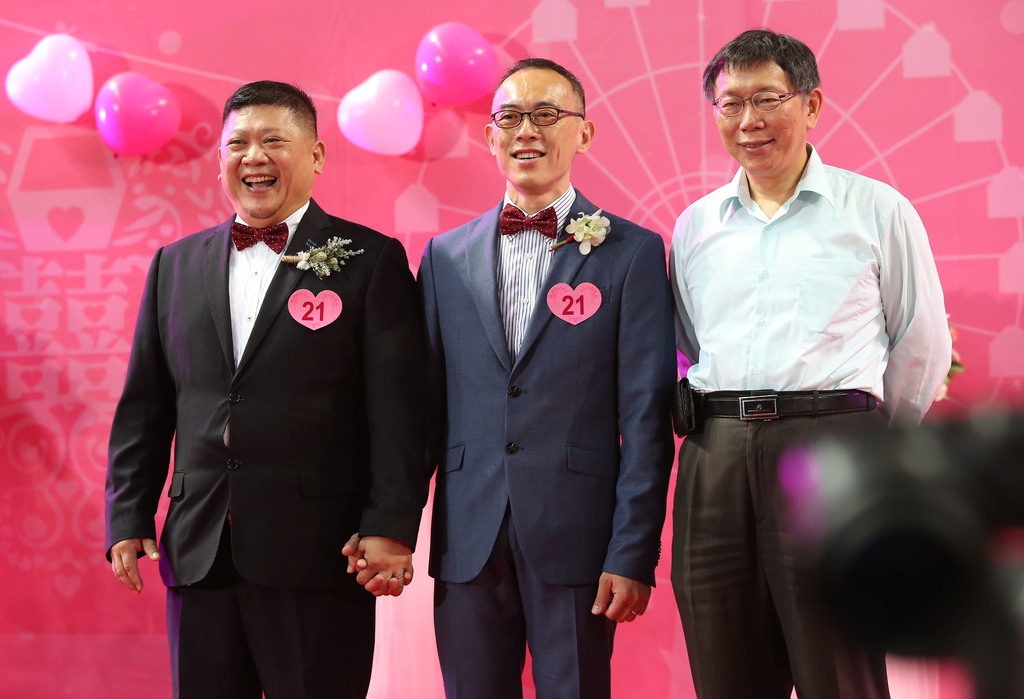 Same sex marriage in Taiwan has been discussed since 2001. Although there are no recognition of same sex unions in Taiwan, city of Taipei has allowed city registrations for same sex couples since June 17, 2015. Taipei city held a joint wedding ceremony which allowed same sex couples to participate for the first time on October 24. Mayor Ko Wen-je hosted the event personally.

Taipei city held a join wedding ceremony in the afternoon of October 24 and the administration welcomed same sex couples. The event invited Taipei city mayor Ko Wen-je as the chief witness of the ceremony. The invitation for same sex couples in a joint wedding public event is unprecedented.

Ko expressed his support for the same sex couples and when asked if he is worried some homophobic could crash the event, he simply replied, “We should wish everyone happiness. Why should the others (homophobic) try to control or intervene their happiness?!”

A grand event for LGBT rights supporters and activists, International Gay, Lesbian, Bisexual, Transgender and Intersex Association, will be held in Taipei, Taiwan next weekend, from October 28 to October 30.