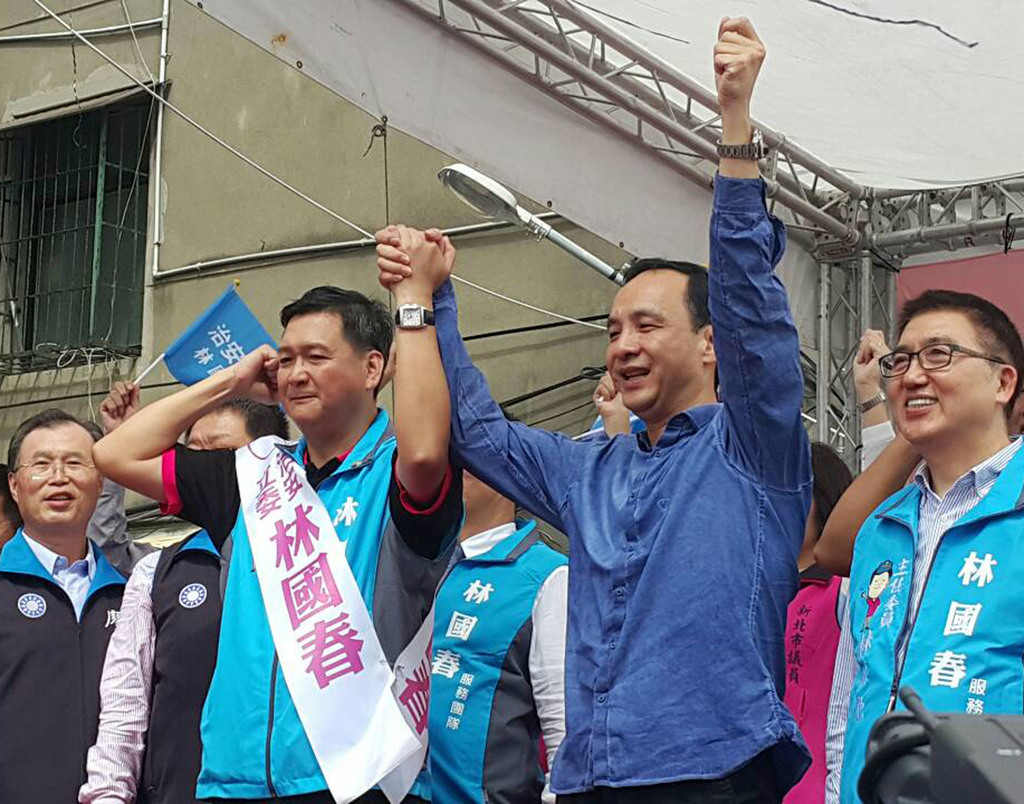 TAIPEI (Taiwan News) – Frank Chu, a younger brother of Kuomintang presidential candidate Eric Liluan Chu, came under fire from an opposition lawmaker Saturday for holding positions on the boards of several companies.
The younger Chu, also known as Chu Lisan or Chu Li-sheng, is a lecturer at Asia University who would not have been able to obtain the board memberships if he had not been the KMT leader’s relative, according to Tuan Yi-kang, a legislator from the Democratic Progressive Party.
The KMT decided at a congress on October 17 to nominate its chairman as its new candidate in the January 16 election, leading to an increase in the number of verbal attacks targeting him.
Frank Chu has been a board supervisor at the government-invested Trade-Van Information Co. since June 2008, Tuan said, adding that the Ministry of Finance was its major shareholder. The company had won several contracts which on the surface did not look too large, but which had far-reaching implications, such as the acquisition of crucial export and import data through an agreement with the customs service, the opposition lawmaker said.
Earlier, Tuan also criticized Frank Chu for having served as supervisor at Global Life Insurance Co., which was later placed in government receivership after allegations of mismanagement and fraud. Chu worked there for about 18 months starting in July 2012, but eight months after he left, the company was taken over by the government and two consecutive chairmen became the target of legal action over alleged fraud, Tuan said.
While the KMT candidate could not be responsible for everything his brother did, he still needed to explain links between Frank Chu and a state-owned company such as Trade-Van, the legislator said.