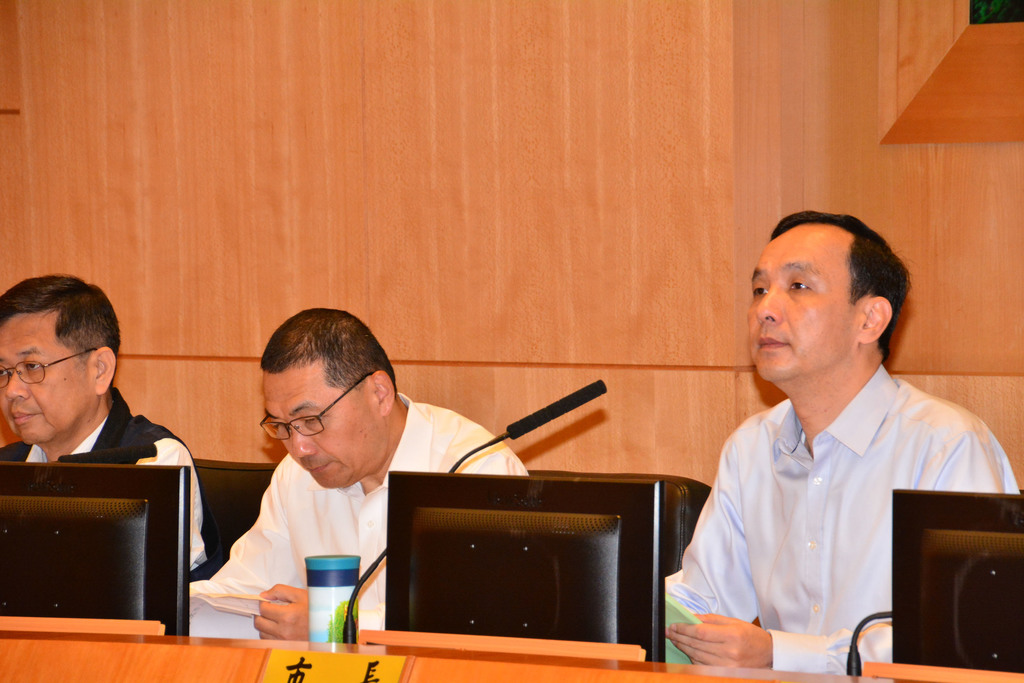 Chu: Wang to stay on as LY speaker

Kuomintang Chairman and presidential candidate Eric Chu pointed out Monday that Wang Jin-pyng will stay on in his current position as legislative speaker given the consensus reached amongst members of the KMT Central Standing Committee (CSC). Chu made the comment during a press conference held at the New Taipei Municipal Hall in the morning as he announced the official debut of the KMT election campaigns. When asked if the continuation of Wang’s position at the Legislative Yuan could aid the KMT in winning a majority stake in next January’s legislative elections, Chu said the question is not about Wang alone, but the call for unity amongst party members, and that solidarity will help them secure both presidential and local elections. Chu to meet AIT Director Kin Moy The new KMT presidential candidate disclosed Monday that he will meet with American Institute in Taiwan (AIT) Director Kin Moy on Tuesday to discuss future cross-strait relations and to reassure the United States government that the KMT will not play the role as a troublemaker. Again asked if he plans to visit the U.S. or Japan in the coming months prior to the elections, Chu responded to reporters that an overseas visit is certainly being considered, however saying he can only confirm after meeting with the AIT director. “The KMT has always maintained close ties with the U.S. and Japan, including our resolution on cross-strait relations that help promote stability in the region,” he affirmed.