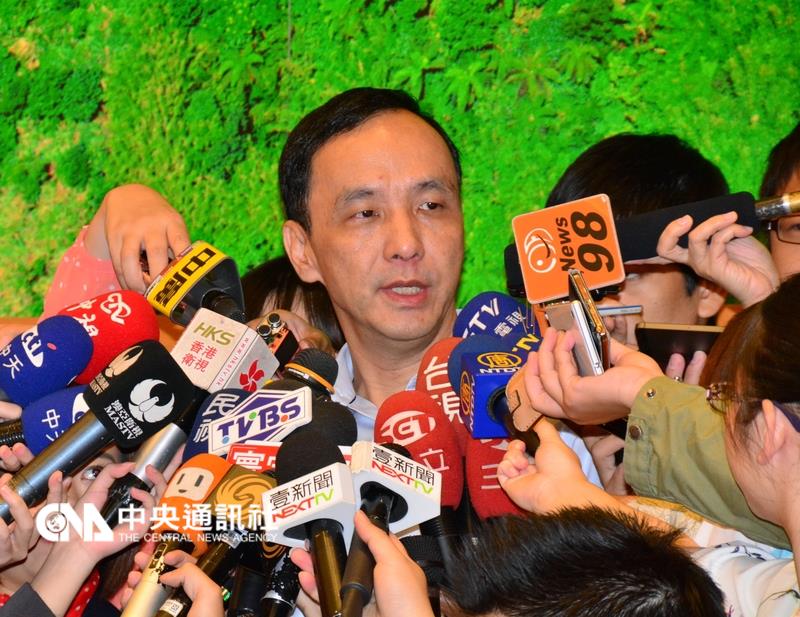 Kuomintang Chairman and New Taipei Mayor Eric Chu announced Monday morning that he will be taking leave in his position as mayor in order to run for the election campaigns.

“Deputy Mayor Mayor Hou You-yi will fill in the void during my absence,” he said during a meeting at the New Taipei City Hall.

On Saturday, the special Kuomintang congress named Chu by acclamation as its new presidential candidate after a vote to replace its original candidate, Deputy Legislative Speaker Hung Hsiu-chu, passed the majority.

Municipal meetings are usually held every Tuesdays, but Chu moved the agenda a day earlier this week to confirm his intention to take leave while officially announcing the official debut of the KMT election campaigns.

He again apologized to residents in New Taipei, adding he had to come out and protect Taiwan’s healthy democracy.

“It’s a responsibility that I must shoulder as KMT chairman,” Chu exclaimed, adding he has every confidence that Hou will keep the daily functions of the municipal government running smoothly.