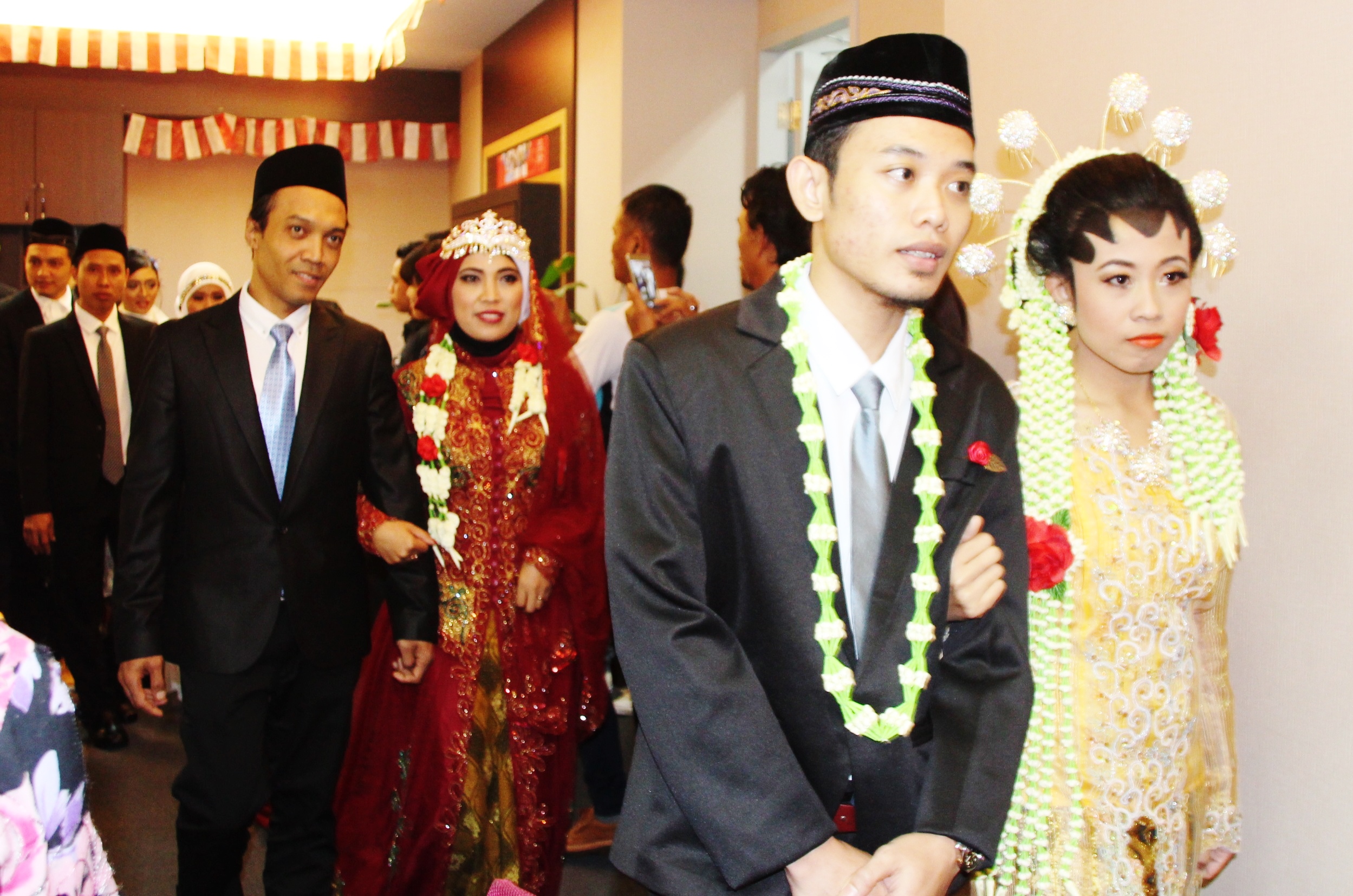 “When two hearts come together, no distance is too far,” a statement affirmed by the five Indonesian couples who exchanged their vows in Taipei on Sunday. As migrant workers, the couples who had built their friendship while working in Taiwan, later turned into a romantic affair as relationships became more intimate through time. Like many migrant workers, they chose to work abroad in pursuit of a better life, a career move often marred by difficulties as they had to endure the language barrier and the absence of families and friends in a foreign land. The Indonesian couples were fortunate to have had their peers accompany them weather through the difficult times, as they were not willing to give up on their hard-earned relationship as a result of bureaucracy, where they would have had to return to Indonesia in order to have their vows legalized. With the help of the Indonesian Economic and Trade Office to Taipei (IETO), the migrant workers in Taiwan eventually fulfilled their wish by obtaining an official marriage certificate issued by the Indonesian government, and even better, to have a mass wedding in Taipei to be blessed by the imam, also known as Muslim cleric, who chanted Islamic prayers amongst their friends residing in Taiwan. On Sunday, the Indonesian Economic and Trade Office to Taipei (IETO) hosted a mass wedding in its Taipei office for Indonesian nationals working in Taiwan, drawing five new couples to join and more than 200 Indonesian expatriates to witness this touching moment.

The married couples are lining up to enter the mass wedding ceremony The event was the first-ever mass wedding organized by IETO in collaboration with the Indonesian Ministry of Religious Affairs. A week ahead of the wedding, a marriage photography event was arranged and took place at the Chiang Kai-shek Memorial Hall, a popular site for outdoor wedding photography which also serves as a cultural center. The beautiful wedding photos were showcased at the ceremony on the same day.

A week before the mass wedding, IETO arranged a wedding photography for the married couples at Chiang Kai-shek Memorial Hall to capture the moment According to the IETO official, the event was designed to facilitate Indonesian Muslim citizens in Taiwan who are faced with difficulties in having their marriage endorsed by an imam. Through this event, the married couples will get their marriage certificate approved by the Indonesian government under the consent that they do not have to go back to Indonesia for legal procedures.