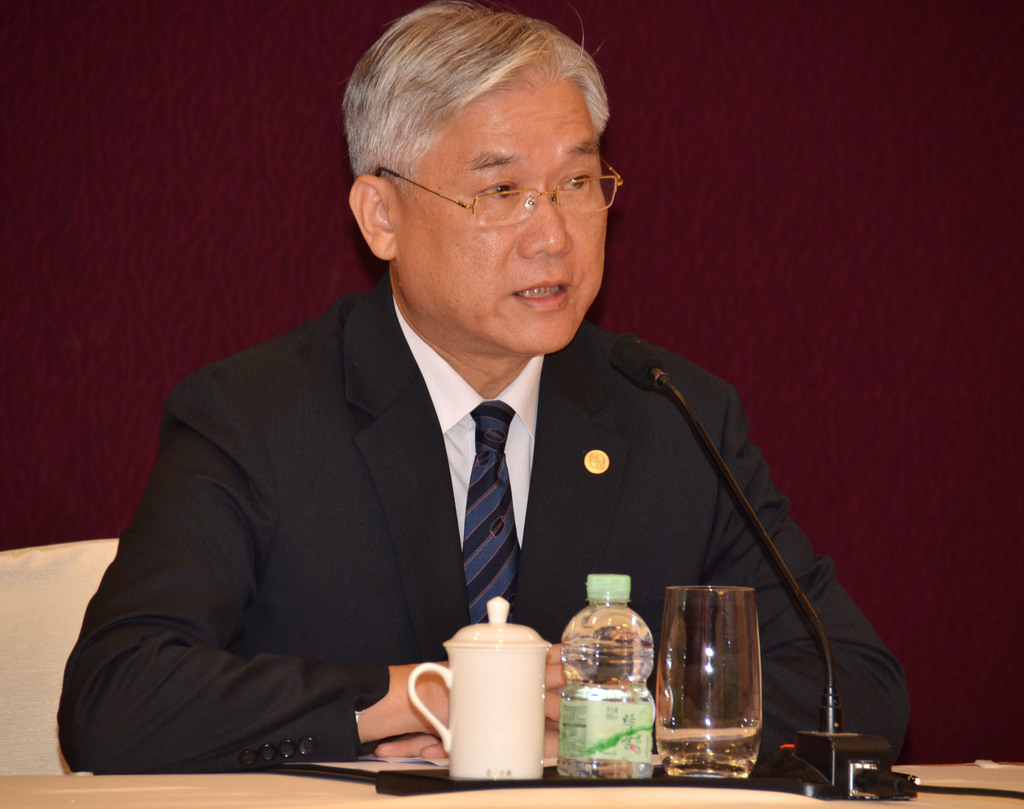 Taiwan's top China policy official said before concluding his three-day visit Thursday he and his Chinese counterpart had agreed that institutionalized negotiations between both sides must not be disrupted for whatever reasons.

Emphasizing the importance of official contacts between the two sides of the Taiwan Strait, Hsia Li-yan said his current visit "definitely will not be the last" that a Taiwan official at his level makes to China.

The head of Taiwan's Mainland Affairs Council (MAC) was responding to a media question if he thinks he will be the last MAC head to visit China, since the pro-independence Democratic Progressive Party (DPP) appears poised to take over the ruling power after Jan. 16's presidential and legislative elections.

"No Taiwan leader or MAC head can ignore cross-strait relations," he said, adding that he is convinced he will not be the last to meet China's Taiwan Affairs Office chief in China.

He has invited his Chinese counterpart, Zhang Zhijun, to visit Taiwan to continue what they touted as "institutionalized talks" between both sides. Zhang could visit before May 20, the day the the new president will take office.

"I am not sure if this is my last visit to China as MAC head. I will seek opportunities to do so. It is my feeling that official contacts between both sides should be strengthened so that mutual understanding can be deepened and misunderstanding avoided," he said.

Rounding up his meeting with Zhang a day earlier, Hsia said they had reached a consensus on the need for "advance communications" over important policy issues that affect people's daily life.

He was referring to China's unilateral announcement to issue e-cards to Taiwanese traveling to China, over which he said he had lodged a protest with Zhang.

Both Hsia and Zhang have expressed "strong willingness" to complete negotiations by the end of this year on signing a trade-in-goods agreement.

The two also agreed that environment officials of both sides meet as soon as possible to discuss garbage flow from China to Taiwan.

Hsia said he also told Zhang it would be a highly symbolic development in cross-strait relations if Taiwan's Straits Exchange Foundation and China's Association for Relations Across the Taiwan Straits can set up office in each other's territory.

Hsia arrived in Guangzhou on Tuesday, met with Zhang the next day, and returned to Taipei late on Thursday. It was their second meeting, following one in Kinmen last May.