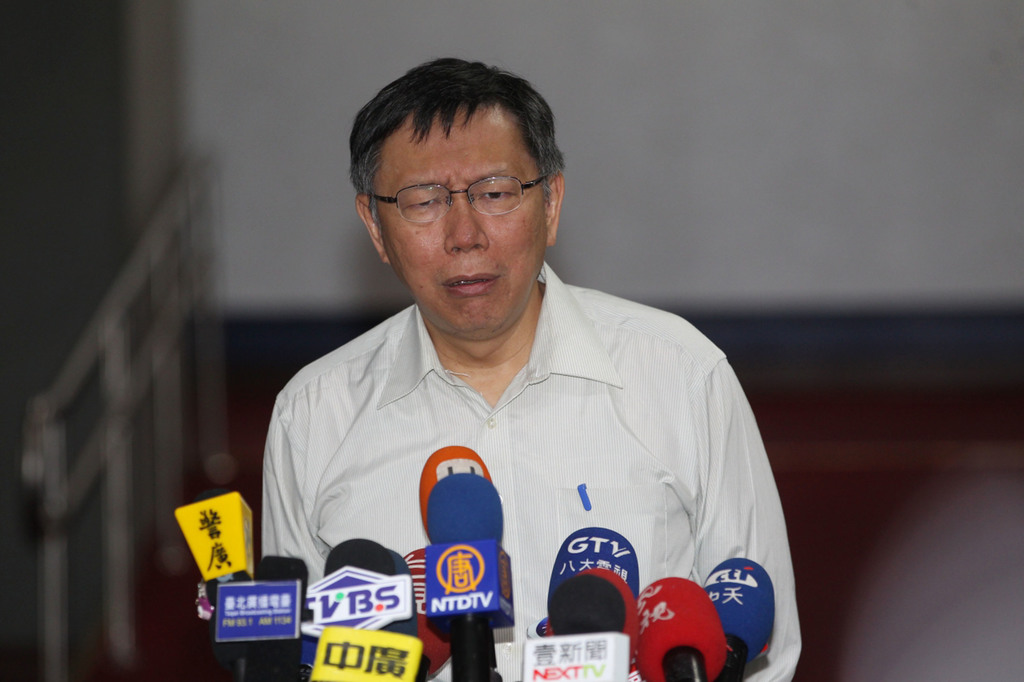 TAIPEI (Taiwan News) – The Control Yuan said Thursday it would investigate the administration of Taipei City Mayor Ko Wen-je at the request of Taipei Dome developer Farglory Group.
Ever since Ko took office last December, the mayor and the developer have been at loggerheads over the 40,000-seat stadium, mainly over its financial and safety aspects. The city ordered work on the project to be stopped, even though it is close to completion.
Farglory reportedly asked the Control Yuan, the nation’s top government watchdog, to investigate Ko’s team to see if it was guilty of abuse of power or negligence in forcing the delay of the build-operate-transfer project.
The mayor had as it were first fired an arrow before drawing a target, Farglory reportedly phrased its accusations.
The Control Yuan said it had opened an investigation into the affair last month.
On May 20, Ko slammed safety precautions on the BOT project, alleging that the Taipei Dome could threaten the survival of the nearby Bannan Mass Rapid Transit Line. Only essential safety work was allowed to continue, but not the overall construction of the project.
Farglory said Thursday that there were numerous other construction projects where the city government had found fault, but the Taipei Dome was the only one which was not only fined but also ordered halted.
The Control Yuan was an independent third party which could investigate and decide whether the city government was biased and had needlessly caused extra losses for the project, Farglory said.