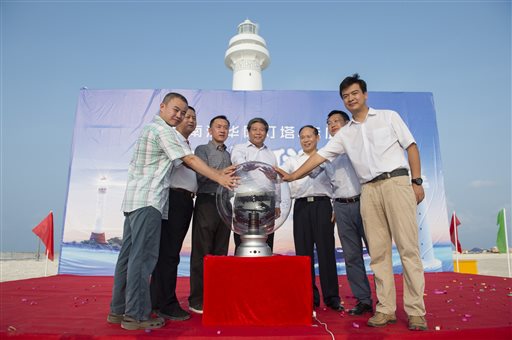 Vietnam accuses China on October 15 of sinking one of its fishing boats near Spratly Islands, a disputed group of more than 750 reefs, islets, atolls, cays and islands in the South China Sea.

Phan Huy Hoang, an official in central Quang Ngai province where the fishermen came from, said a Chinese vessel slammed into the fishing boat with 10 fishermen on board near the Paracels islands on Sept. 29 and sank it. The fishermen were rescued by another Vietnamese fishing boat and the case was reported to authorities when the fishermen returned home two days ago, according to the Associated press. "Chinese actions against fishermen from Quang Ngai province have been more aggressive and brutal," said Hoang. Vietnam authorities said formal protest will be made to China.

The captain of the boat reported that the Chinese vessel slammed the side of his boat and boarded his boat while he and nine crew members were sleeping. The Chinese were armed and they took away the boat’s navigation devices, fishing equipment and the fishermen’s catch. In the past year, over 20 Vietnamese fishing boats have been attacked by Chinese vessel.

The tension over the sovereignty of the archipelagos has escalated over the years. Vietnam protested strongly against China’s light houses on Johnson South Reef and Cuarteron Reef on October 14. The Chinese authorities completed the construction of light houses recently and officially launched the light houses. Vietnam stated that the lighthouses have violated the agreement between both governments and worsen the tension in the region. China claims its sovereignty rights over most of the energy-rich South China Sea, an important trade route, while the Philippines, Vietnam, Malaysia, Taiwan and Brunei have overlapping claims.

The disputes in South China Sea are central to the rising tense relations between the world’s two largest economies, the United States and China.