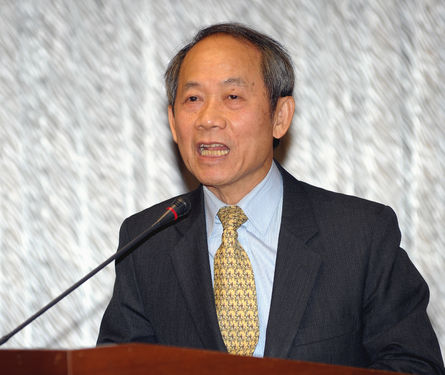 The Central Election Commission (CEC) would need to spend an additional NT$160 million (US$5.34 million) on a mayoral by-election should Kuomintang Chairman Eric Chu decide to quit his position as New Taipei mayor to run for the presidency next January, reports said Wednesday.

The CEC also pointed out that even if Chu loses his run on January 16, he has the liberty to bid for another stint as mayor, a situation which the commission calls for an amendment to the Constitution to resolve that loophole.

During a question-and-answer session at the Legislative Yuan in the morning, CEC Chairman Liu Yi-chou told Democratic Progressive Party Legislator Chuang Ruei-hsiung that it would need two months to prepare a mayoral by-election should Chu leave his post as mayor.

“Would Chu be eligible to run for New Taipei mayor later in February or March if he quits on January 5 just prior to the presidential election?” Chuang questioned.

Liu however responded to allegations that Chu has the liberty to quit his current position whenever he chooses, as there is currently no law that stipulates the eligibility of a candidate based on the date of resignation, confirming that under the existing Constitution, Chu can again sign up for New Taipei mayor if he decides to do so.

“NT$160 million of tax payers’ money wasted as a result of the electoral commission’s major oversight is totally unacceptable,” DPP Legislator Lee Chun-yi lamented, urging the CEC to draft up a plan to amend the election loophole for legislative review.