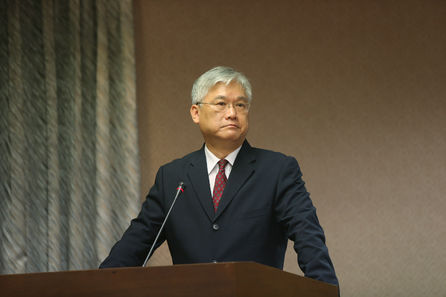 Hsia-Zhang meeting to be held Wednesday

During a question-and-answer session at the legislature in the morning, Hsia said he will be holding discussions with China’s Taiwan Affairs Office (TAO) Minister Zhang Zhijun in his planned visit to Guangzhou and Dongguan on October 14.

The scheduled talks will be Hsia’s second meeting with Zhang, following one in Kinmen in May, as well as the fourth set of high-level cross-strait talks since the first official contact between the governments on either side of the Taiwan Strait took place in Beijing in February last year.

“The upcoming discussion will mainly encompass topics such as the progress we have come to accomplish and an overall review of ongoing negotiations,” he told legislators, adding that the council will also take this opportunity to express their discontent over China’s unilateral policy of changing the form of the travel document.

China officially implemented the introduction of its new electronic card for inbound Taiwanese travelers on September 21, a move seen as part of Beijing’s attempts to downgrade the island’s status to that of Hong Kong and Macau, and raised concerns about police surveillance of travelers coming from Taiwan.

While Beijing went on with its new card scheme without prior consultation, Hsia assured legislators that he will lodge a strong complaint to his Chinese counterparts and call for further negotiations until both sides can come to an understanding.

When asked if the second visit would be any different from his prior meeting in May given to Taiwan’s upcoming presidential election, Hsia responded that he is staying open-minded and that he will do whatever necessary to upkeep the island’s interests.

Again questioned if he expects China to lodge a complaint against Tsai’s recent visit to Japan, the MAC minister however said he believes Zhang will not bring up the subject as he has never experienced such related issues in the past.

The Hsia-Zhang meeting will be held this coming Wednesday during Hsia’s planned visit to China between October 13 and 15, reports said.