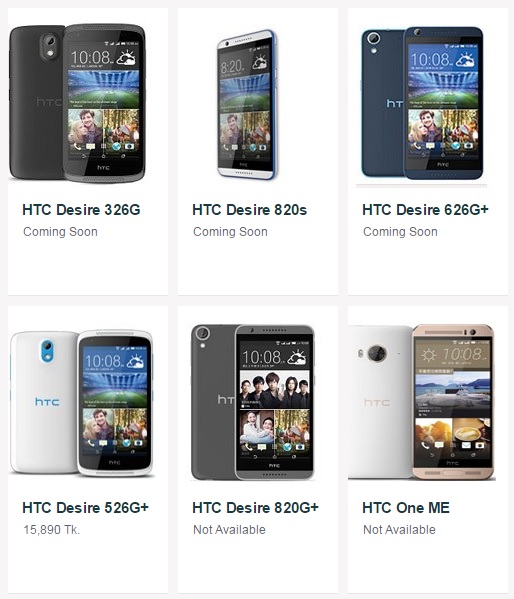 Taiwan's HTC Corp. has entered the Bangladesh market for the first time, launching a flagship smartphone and five mid-tier Desire models in a country where local brands hold the biggest market share.

"We are pleased to launch our smartphones in the Bangladesh market," said Faisal Siddiqui, president of HTC South Asia. "All the HTC devices are stunning, intuitive and advanced in technology. Our new HTC Desire models deliver the best of both worlds, combining fresh youthful design with powerful processing capabilities."

"HTC wants to empower the masses and put a good phone in everyone's hands, without compromising on features and specifications," Siddiqui said in a press release on Oct. 6.

NXT9 Managing Director Prem Chand said that consumers in emerging markets are always looking for choice brands and technology, and at the same time, need the assurance of buying genuine products.

"Bangladesh is among the top 10 countries worldwide in terms of the number of mobile subscribers and it has significant growth potential as it is focused on Internet connectivity for its people," Chang said. "We are excited to be partnering with HTC to contribute to this vision."

According to the Bangladesh Telecommunication Regulatory Commission, the total number of mobile phone subscribers in the country was 130.843 million as of the end of August, an 11.28 percent increase year-on-year.

Data from research firm Market Monitor showed that smartphone shipments made up only 21 percent of the total mobile phone shipments to Bangladesh in the first quarter of the year.

The Bangladesh market is dominated by local brands, with Symphony Mobile holding the biggest share of 38 percent share, Walton in third place with a 9.5 percent share and Lava fifth with 4.9 percent, according to the first-quarter data.

Bangladesh has a population of more than 156 million.