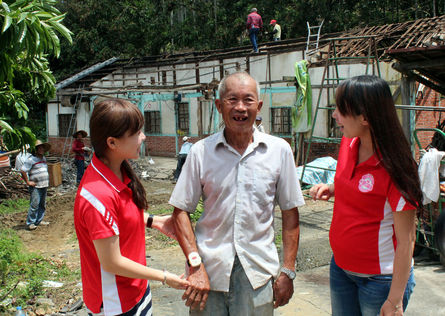 Taichung to continue with denture subsidy

The Taichung city government disclosed Sunday that it plans to continue with its denture subsidy program for the city’s elderly people next year, reports said Sunday.

A new NT$400 million (US$13.4 million) budget has been drafted for the next fiscal year to benefit an estimated 10,000 senior citizens living in Taichung, according to local health authorities.

As of September 30, the denture program has already benefitted 11,891 elderly residents, a move that the government plans to continue after its initial year of introduction.

Health authorities attributed this year’s success to the Taiwan Dental Association and the city’s dental clinics and community district offices, who helped promote the program to those in need.

A report provided by health authorities also showed that the number of dental clinics willing to participate in the government’s subsidy program has increased to the current 427 from the previous 234.

“The rise in the number of clinics willing to work with the government has exceeded our expectations,” authorities said, noting that it also gained the promise from 938 dental clinics and hospitals to provide free oral examination to the city’s senior citizens aged 65 and above.

According the city government, there are more than 265,000 senior citizens aged 65 and above in Taichung, of which 21.5 percent of them are estimated to suffer from the lack of teeth. Supposing that every elder is subsidized NT$40,000 (US$1,334), this subsidy program would need a budget of about NT$2.2 billion (US$73 million) to cover those in need of dentures, it concluded.