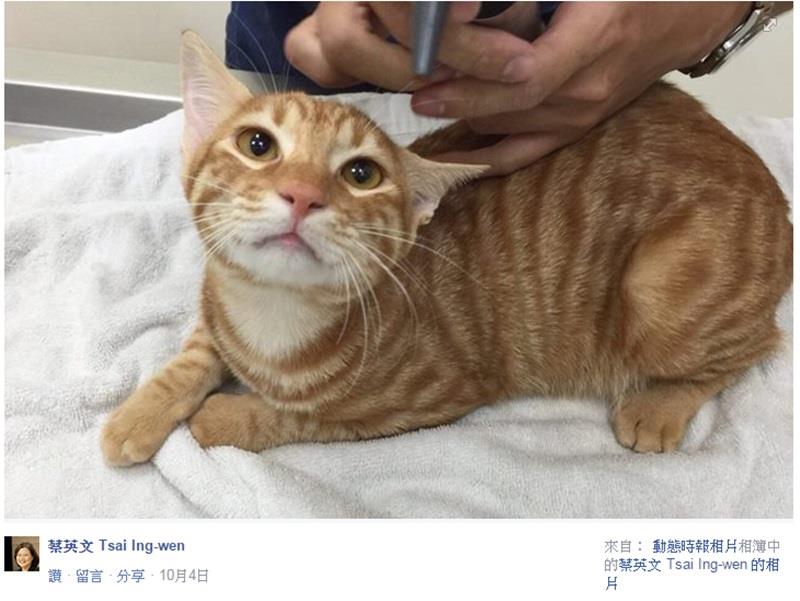 “My cat [A-Tsai] is being vaccinated today,” she said on social media, adding that the two are like families in which she adores dearly. Tsai, who is an advocate of animal rights and welfare, is a staunch supporter of World Animal Day, an event which is celebrated annually on October 4.

The striped orange tabby was a stray adopted in late June while on a visit to a pineapple plantation in Taitung’s Basikao village.

As a cat lover, the presidential contender often reveals public images of her cuddly furballs on social media, a placid move she hopes will help build up public awareness for the nation’s stray dogs and cats.

According to Tsai’s publicist, she can be exceptionally finicky when it comes to revealing pictures of her felines, as experienced during Tsai’s “The Last Mile to Light up Taiwan” published in September, where her cat named “Xian-xian” was mentioned.

“She is a true cat lady,” an editor who worked on Tsai’s book said.