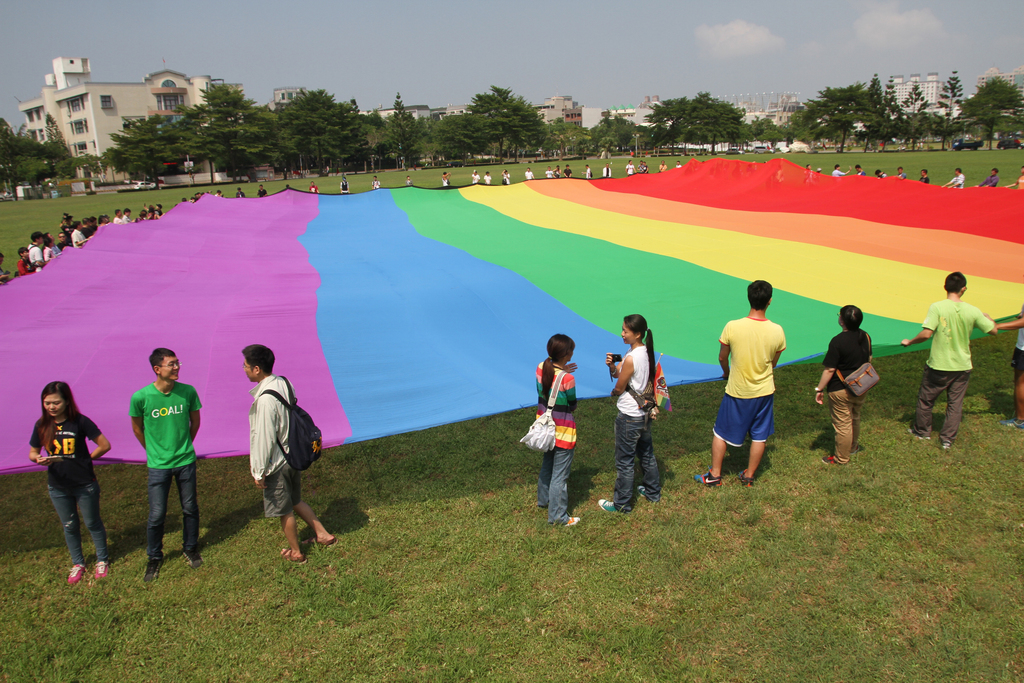 TAIPEI (Taiwan News) – About 500 supporters of gay rights marked Saturday’s Double Ten National Day by parading around Tainan City with a huge rainbow flag.
Several legislative proposals advocating forms of same-sex marriage have been stalled at the Legislative Yuan, and with elections scheduled for January 16, the same day as the presidential election, activists fear the effort will have to be made all over again once a new Legislature is elected.
Activists gathered outside the Tainan City Government Saturday with the huge rainbow flag to proclaim the holiday a “Rainbow Day” and to “let gays run the country together,” a formula which uses similar sounding terms in Mandarin Chinese for “gay” and “govern together.”
While Taiwan had become a pluralist democracy, some citizens were still unable to enjoy the full same rights as the majority, activists said, referring to same-sex marriage. Not a single active politician or government official anywhere in Taiwan had come out as gay yet, the activists pointed out.
“To take part in politics is like writing a love letter to society,” said gay activist Victoria Hsu, who emphasized that she could not get married in her own country.
The activists called on legislative candidates to take a clear stance on gay marriage in order to let voters know where they stood and what they would do once elected.
Hsu features on the list of at-large legislative candidates for the alliance between the Green Party Taiwan and the Social Democratic Party, the latter a group which came into existence in the wake of last year’s Sunflower Movement. Most opinion polls do not give the alliance a high enough share of the vote to win any seats.