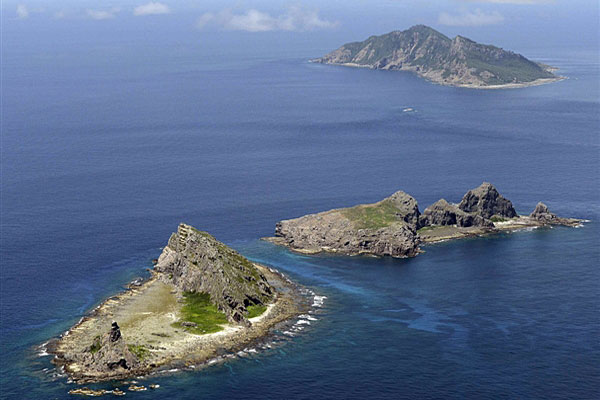 BEIJING (AP) — China has started operating two lighthouses on a reef on a disputed island chain in the South China Sea, a state news agency reported, amid rising concerns among the U.S. and China's neighbors about Beijing's maritime ambitions.

The Ministry of Transport held a completion ceremony Friday for the 50-meter-high (164-foot-high) Huayang and Chigua lighthouses on Huayang Reef in the Spratly Islands, the official Xinhua News Agency said.

The Spratlys, mostly barren islands, reefs and atolls that are believed to be atop oil and natural gas deposits, straddle one of the world's busiest sea lanes. They are also claimed by Taiwan, Malaysia, the Philippines, Vietnam and Brunei.

Tensions have been rising as Beijing has grown more assertive about its claim to virtually the entire South China Sea. The U.S. and the Philippines have expressed concern that China's land reclamation projects around reefs and atolls could be used to base military planes and navy ships to intimidate other claimants and threaten freedom of navigation, and have called for a freeze on such activity.

China has bristled at what it sees as U.S. interference in the region and says it is within its sovereign rights in developing islands made from sand piled on top of reefs and atolls.

Xinhua said the lighthouses were meant to address a severe shortage in navigational aids, as well as shortages in maritime emergency and oil-spill response forces, that "has immensely hindered the navigational safety and economic and social development" in the South China Sea. It said China's transport ministry would continue to construct facilities to provide passing vessels and countries in the region with navigational services.