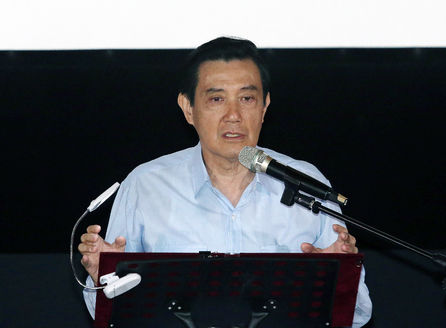 “We hope both sides [Chu and Hung] can hold further talks to work out a solution,” Ma said.

A decision was made during the CSC meeting on Wednesday to convene an extraordinary national party congress in a bid to decide whether Hung should be replaced as the party’s presidential nominee. The meeting was the latest phase of a sudden escalating rupture between Hung and the KMT leadership.

The date of the congress had not yet been fixed, but it could be held either on October 17 or 24, reports said.

During a press conference held at the Presidential Office Thursday morning, Ma called for solidarity amongst party members, saying the KMT needs to get back to its feet quickly to boost morale.

“We have great respect for Hung as she stood up for the party at a time when no one was capable of facing the tough challenges ahead,” Ma said.