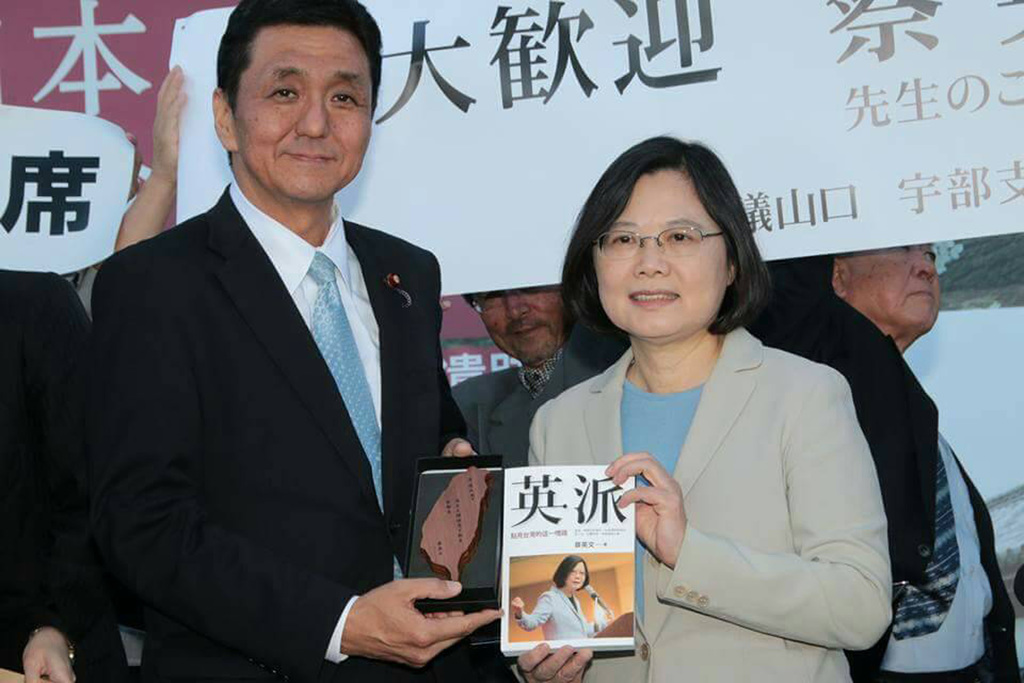 Tsai Ing-wen, chairwoman and presidential candidate of the opposition Democratic Progressive Party (DPP), said Wednesday that different political groups can unite in the interest of their nation.

Tsai made the remark during a meeting with Tsugumasa Muraoka, governor of Yamaguchi Prefecture of Japan, the hometown of Japanese Prime Minister Shinzo Abe, according to a statement issued by the DPP headquarters.

After learning about the history of Yamaguchi Prefecture, which is considered the cradle of the Meiji Restoration that led to Japan's modernization, Tsai said that groups with different political ideas can unite for the sake of the nation.

Leading a DPP delegation, Tsai arrived in Japan on Tuesday on a four-day visit, which she has dubbed a "Taiwan-Japan friendship tour."

Accompanied by Japanese Dietman Nobuo Kishi, brother of Prime Minister Abe, Tsai and her delegation visited Yamaguchi Prefecture on Wednesday to discuss a series of industrial and cultural exchange programs.

Tsai's itinerary in Japan in the next two days include a visit to Tokyo, where she will meet with Japanese friends and Taiwanese expatriates before returning to Taiwan Oct. 9.