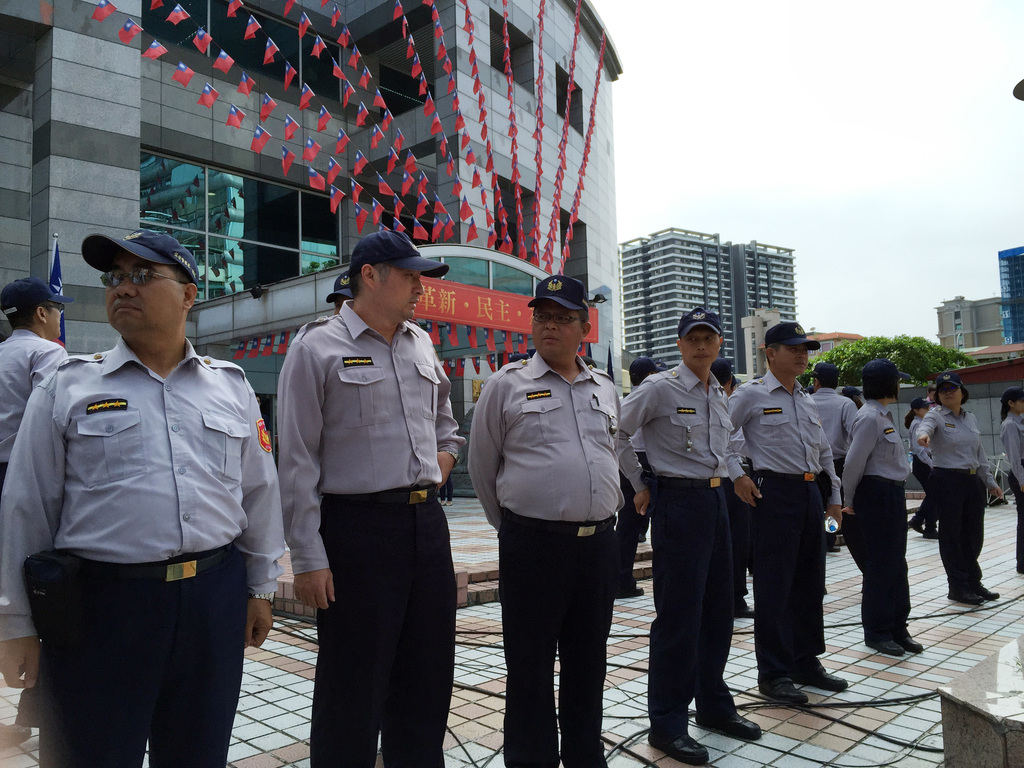 TAIPEI (Taiwan News) – At least one car of a leading Kuomintang figure was damaged by protesters Wednesday after the party decided it would move to replace its presidential candidate, Hung Hsiu-chu, with its chairman, Eric Liluan Chu.
Since the move had been expected, supporters of Hung had been gathering near the KMT headquarters since noon.
As members of the party’s Central Standing Committee left the building in a motorcade, Hung supporters hit the vehicles with pink balloons and water bottles, though some of them also tried to stand in front of the cars or hit them with their fists.
Television footage showed cracks in the windshield of a black car, apparently caused when a man hit the vehicle with a baseball bat. It was not clear which CSC member or other KMT official was inside.
The ruling party headquarters is often the target of protesters, but usually they come from the opposition side of politics, not from the KMT itself.
Police and party officials had reportedly been worried about a call for a siege of the headquarters by Chang An-lo, the leader of a small pro-unification party who is better known as “the White Wolf,” a nickname from his days as a top figure in Taiwan’s organized crime.
More than 100 police officers were on standby outside the KMT building and barriers had been erected to keep protesters away from the party meeting and from its participants.
During the morning, an elderly man had disrupted a news conference by a KMT official in the building’s lobby with shouts in favor of Hung.
Dozens of protesters did emerge during the afternoon, expressing support for Hung. Some of them also called on Chu to resign as party chairman because of his efforts to replace the presidential candidate.
The protests did not stop the party’s CSC from approving the motion in favor of holding a congress, possibly on October 17 or 24, to officially confirm Hung’s replacement by Chu.
She has insisted she would not accept any backroom deals in exchange for quitting the race. Her side of the story received support from several quarters, including former Control Yuan President Wang Chien-hsien, who said KMT founder Dr. Sun Yat-sen was probably “crying in his grave” over the attempt to replace her.
No political party in the world had ever dropped and replaced its own candidate just 100 days before election day, the protesters said.