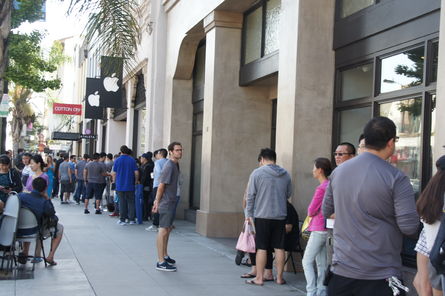 The Apple iPhone continues to dominate the smartphone sector in the United States with 44.1 percent market share, while Taiwan’s mobile device manufacturer HTC is a distant fifth with 3.4 percent, according to a survey released by comScore, a global leader in digital media analytics.

The Tuesday ranking was based on a survey conducted between June 15 and August 15, in which it showed Samsung trailing behind Apple with 27.4 percent market share in the U.S.

LG and Motorola took the third and forth spots with 9.1 percent and 4.7 percent respectively.

Analysts at comScore also believed that Apple will gain a wider margin ahead of Samsung in the coming months as iPhone 6S begins to make their way to mass market in September.

In terms of operating systems, the digital media revealed that Google Android continued to lead as the number one smartphone platform with 51.6 percent platform market share. Social media app Facebook is currently ranked as the top individual smartphone app, it added.

According to a report by the CNA, the Taiwanese smartphone maker hopes its soon-to-be-released HTC One A9 will help bolster its lineup and fend off competition from other budget phone vendors.

HTC's third-quarter net loss after tax was NT$4.48 billion, or a loss per share of NT$5.41, lower than the loss per share of between NT$5.51 and NT$5.85 originally forecast by the company, the report revealed.