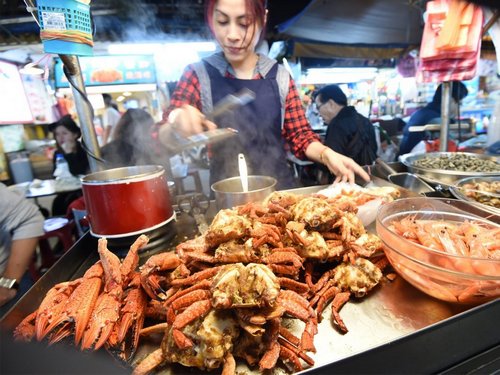 Tom Parker Bowles, a famous food critic for Esquire magazine, has given a rave review of Taiwan's gourmet food and human warmth in a long article titled "How Taiwan became the hottest food destination on earth," in the October issue of the British magazine.

Bowles has a well-known mother by the name of Camilla -- who happens to be the wife of Britain's Prince Charles.

Bowles' trip to Taiwan, where, the Esquire editors said, "even the offal tastes divine," and his resulting six-page article, are expected to boost interest in Britain about visiting the island.

His good impression about Taiwan started from "those gentle smiles at customs, and the sense of heartfelt welcome, such blessed contrast to the blank-faced, purse-lipped suspicion of mainland China."

In contrast to Shanghai, "a place of both thrusting, gleaming modernity and incomprehensibly alien froideur," he found Taipei "modest, discreet, mainly grey and sprawling and "far less frenetic and sultry than Bangkok, slower moving than Hong Kong, and rather more approachable than Tokyo."

Impressed by an integration of gourmet foods in Taiwan that he said was materialized by many historical factors including invaders and conflicting ideas of sovereignty, Bowles said both wealthy and common people can find their favorite foods there.

In the article, the food critic detailed the foods he had eaten during his first-ever tour to Taiwan last month, including pig's foot and chicken soup, "two fairly everyday dishes" which he said are taken in Taiwan "to the most heady and astonishing heights."

Chicken soup "isn't no ordinary broth, rather a two-day cooked version famed across the land," Bowles said, noting that the soup has "the most profound chicken tang, and sumptuous depth and extraordinary richness."

"So much so that I want to strip off, jump in and wallow in this umami-tinged magic. But that might be frowned upon. Instead, I moan and coo and gasp and sigh and slurp. The soup has the texture of liquid silk and the taste of poultry paradise," he said.

In conclusion, Bowles said "Taipei might not be the most seductive of cities. It doesn't fight to lure you in, or tempt one with illicit thrills, but this beauty comes from within. Taiwan's strengths are its people, its food, its huge and generous heart.

"I was genuinely sad to leave. Taipei's charms might be subtle but, no doubt about it, they definitely grab you by the gut," he said.